Who Fights for Our Schools?

Join Hull-House in a discussion with educators, activists, scholars, policy makers and parents to explore the connections between race, schools, and communities on Chicago’s West Side.

Fourteen schools have closed or will soon close in many of Chicago’s predominantly black and Latinx neighborhoods across the West Side. Schools and communities on the West Side have created alternative and progressive models of education in response. What are the ways in which educators and activists are working to change education policies and practices in Chicago? Panelists will explore this as we discuss divestment from neighborhood schools, the de-population of schools, the importance of organizing work in education, and the history of community-based activism on the West Side.

Making the West Side: Community Conversations on Neighborhood Change is a multi-year project funded through the National Endowment for the Humanities that brings together scholars, activists, neighborhood residents, and other stakeholders to investigate the history of neighborhood change on Chicago’s West Side and connect those histories to contemporary issues and concerns.

Photo credit: Solidarity from Whittier (2013) by tbfurman, used under CCBY 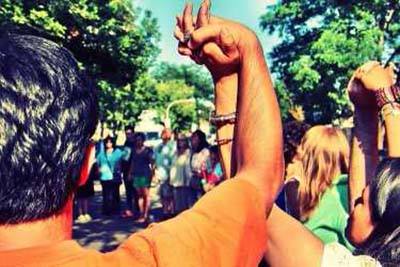