In praise of small things with depth.

Corbett vs. Dempsey is pleased to present Small Sculpture, an exhibition of tabletop three-dimensional works by more than 50 artists.

In both the East and West Wings, CvsD is proud to present the first solo show in Chicago of painter Orion Martin. A rising artist based in L.A., Martin’s approach to surface and image is part of the heritage of Chicago Imagism as well as painters like Konrad Klapheck, but it is thoroughly contemporary and every bit Martin’s own. His paintings in the Whitney’s 2016 exhibition Flatlands posed penetrating questions about the nature of representation and illusion, taking each viewer on a wild ride from faux to real and all points between. In this exhibition, three large canvases feature elaborate metal fences, the intersections of their elements creating patterned openings through which objects or atmospheres are visible. Vividly dimensional in their flatness, with over-the-top handmade undulating wooden frames, these bright, playful paintings are a fitting riposte to the sculpture show and its objectness. A single smaller jester-like self-portrait introduces a human element to Martin’s virtuosic contribution. 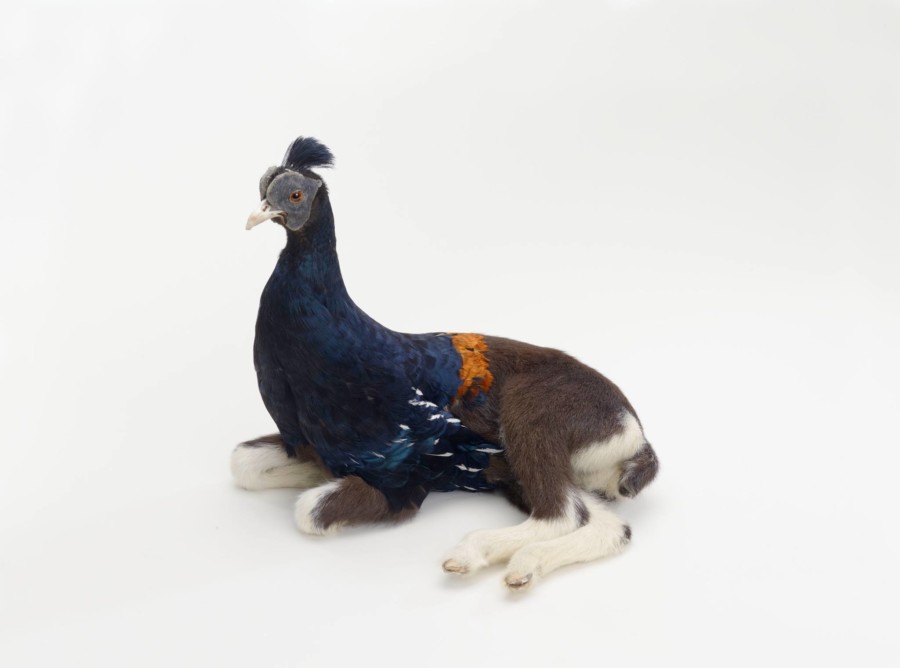