Beirut based guitarist Sharif Sehnaoui will perform a solo set of improvisations. A discussion with Tim Daisy follows
(photo by Tony Elieh)

Sharif Sehnaoui is a free improvising guitarist. He plays both electric & acoustic guitars, with (or without) extended and prepared techniques, focusing on expanding the intrinsic possibilities of these instruments without the use of effects or electronics. He now resides in Beirut, his hometown, after more than a decade in Paris, where he started his career as an improviser in 1998, playing at Instants Chavirés as a member of several orchestras. He has since performed his music worldwide and played in many clubs & festivals such as Soundfield (Chicago), Moers, Konfrontationen (Nickelsdorf), Météo Music Festival (Mulhouse), CTM & Maerzmusik (Berlin), FEST (Tunis), Skanu Mesz (Riga), 100Live (Cairo) or Musikprotokoll (Graz).

In Lebanon, he actively contributed to the emergence of an unprecedented experimental music scene. Along with Mazen Kerbaj he created “Irtijal” (www.irtijal.org) in 2000, a yearly international festival that is the oldest improvised and new music festival in the Arab world. “Irtijal” celebrated its XVth anniversary in 2015.
He also runs two record labels: “Al Maslakh” (www.almaslakh.org) devoted to “publish the un-publishable” on the Lebanese musical scene. And “Annihaya” (www.annihaya.com), focusing on sampling, recycling and the displacement of various aspects of popular culture. 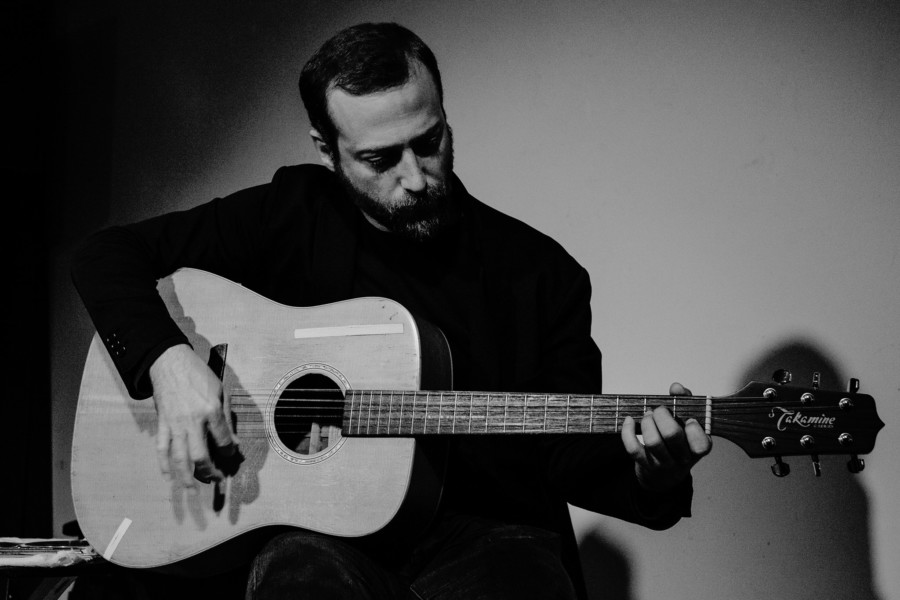