@ South of the Tracks

On view through Sunday, October 15th

South of the Tracks is pleased to present LockerRoomTalk, a three-person exhibition featuring recent work from Shir Ende, Yewon Kwon, and Chris Provenzano. Beginning in the eponymous site of masculine frustration, disparate meaning and signs, LockerRoomTalk pulls together three artists whose work explores the architecture of ephemeral spaces and how they relate to positions of identity. In Kwon’s work, cartoonish figures of hyper-masculinity are stationed in demure and interchangeable positions of vulnerability as they question the trappings of the Asian-american diaspora—namely that of Korean femme. Within both Kwon’s printed and sculptural works, the disparate space between the figuration and the objects allude to gaps in understanding of identity via the powers which define them. These same gaps of identity provide an aesthetic influence in the work of Chris Provenzano, as he mines art historical and found images to formulate paintings that enact breaches in memory. Despite the austere nature of Provenzano’s representations there is a preciousness inherent and known to the that evokes intimacy between the artist and viewer that is framed with precision. The architecture of intimacy, both private and public is also present in the Shir Ende’s scaled down frameworks which act as sites of collaboration or performance. Using the foundations of architectural design, Ende’s drawings, sculptures, and video provide direction to navigate through the objects which she proposes in an effort the reclaim power over the perceived rigidity and stability of man made structures. The opening reception will take place Sunday, September 10th from 1 – 5pm at 4223 W. Lake St #430, Chicago IL 60624.

Shir Ende (b. 1993) is a chicago based artist, educator and administrator whose work examines ways of navigating (in) architecture by reimagining its relationship with the body—in terms of scale, movement, and shared space. She is interested in reducing the size of the build so that architecture becomes more manageable. She constructs objects that aim to form shared spaces and create alternative ways of operating, rising questions of human intimacy in regards to architecture. Ende received her BFA from the School of the Art Institute of Chicago and is a current MFA candidate at the University of Illinois at Chicago. She has recently shown at Mana contemporary, Comfort Station, Woman Made Gallery, Hokin Gallery and was a Sponsored artist at High Concept Labs.

Yewon Kwon (b. 1995) is a Chicago-based artist who received their BFA from the School of the Art Institute of Chicago in 2017. Utilizing the various forms of printmaking, i.e silkscreen, risograph and offset printing, Kwon’s practice focuses on the limited representation of the female figure within their cultural(Korean?) heritage. From this point of departure they explore topics of power dynamics, sexuality, gender and personal identity through the lens of hyper masculinity. Selected exhibitions include Pallor Pink V.III: TO THOSE IN GLASS HOUSES (The Learning Machine) Hang in There (Free Range Gallery) and 99 Problems (but a print ain’t one)
(Southern Gallery). 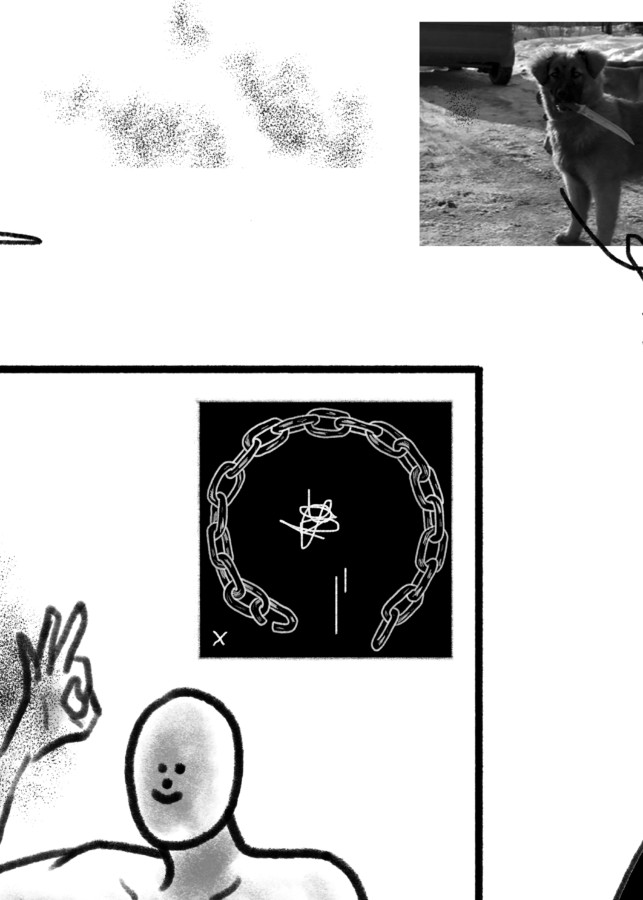