Listening to the Wall

Listening to the Wall is a listening session devoted to the music of jazz heroes depicted on the Wall of Respect, a mural created in 1967 on Chicago’s South Side by members of OBAC (the Organization of Black American Culture). Curated by Romi Crawford, this event features scholar ROBIN D.G. KELLEY (author of Thelonious Monk: The Life and Music of an American Genius) and OBAC co-founder ABDUL ALKALIMAT, who will play works by John Coltrane, Thelonious Monk, and other prominent jazz heroes while discussing the import of their selections and the musicians’ significance to the Wall of Respect.

The WALL OF RESPECT was an outdoor mural created in 1967 by the Visual Artists Workshop of the Organization of Black American Culture, a collective of writers, artists, historians, educators, intellectuals, community activists, and others. Artists involved included William Walker, Wadsworth Jarrell, and Jeff Donaldson. The theme of the mural was “Black Heroes”, featuring figures like Martin Luther King, Malcolm X, Muhammad Ali, Gwendolyn Brooks, Aretha Franklin, and Harriet Tubman. In 1971, the building was damaged by fire and then demolished, but the Wall of Respect continues to be an important touchstone for local community members and black scholars, as the first collective street mural and a prominent example of the Black Arts Movement, an artistic school associated with the Black Power Movement. For its 50th anniversary, Hyde Park Jazz Festival is putting together a panel discussion on the mural’s history and significance.

Tags: Chicago, Hyde Park, Listening to the Wall, Reva and David Logan Center for the Art 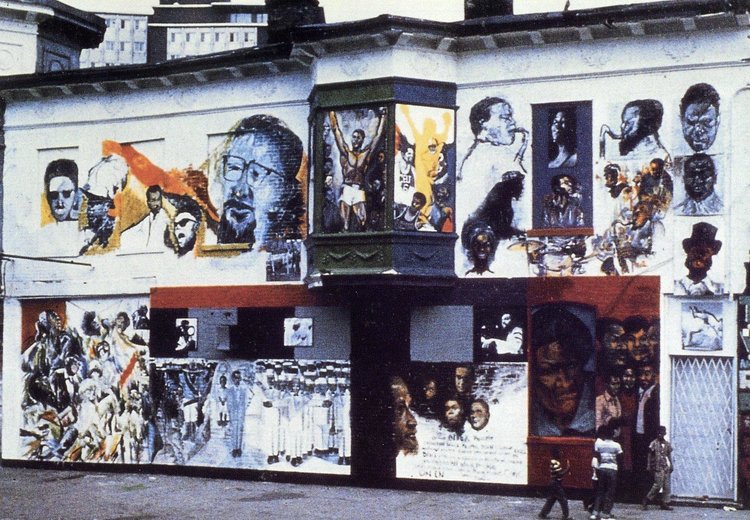