On view through Saturday, October 7th

DEMO Project, a space for contemporary art in Springfield, Illinois, celebrates four years of programming with three exhibition openings on Friday, September 8 from 6:00 – 8:30 p.m. As demolition approaches in early 2018, this event will serve as our final birthday milestone

DEMO Project launched in September 2013 with a solo exhibition from artist Betsy Odom. DEMO welcomes her return, along with artist Rafael E. Vera, for “Boyish Charms,” an exhibition of collaborative works. Both artists are based in Chicago. Chicago-based interdisciplinary artists Sarah And Joseph Belknap will present “And when we go we come crashing down” in the back gallery. Lastly, DEMO Project continues in a three-exhibition partnership with STNDRD, a curatorial project driven by St. Louis artist Sage Dawson that presents an outdoor flagpole mounted to the façade of DEMO Project as an exhibition space. Breanne Trammell, based in Cincinnati, will present her work, “Hey, How’s Life???”

All three exhibitions will run through Saturday, October 7. DEMO Project is open for the duration of the exhibits on Saturday afternoons from 1:00 – 4:00 p.m. or by appointment.

“Boyish Charms”
Relationships, whether it is with another human being, a structure, or a piece of furniture, demand a constant back and forth – like a dance – in which desires and needs are measured and weighed to hopefully create a sort of middle ground: a concession.

This exhibition explores relationships through a collaboration that will result in a series of joint three-dimensional objects and installations. Odom and Vera work with the overlaps in their respective practices—a focus on the specificity of materials, fascination with the implied body, and an exploration of domestic objects. The resultant objects present a conflict between Vera’s monumental sensibilities and Odom’s articulation of traditionally feminine forms. At the same time, this work achieves unity through craft and through the familiarity of the media used. Boyish Charms seeks a balance between control and chaos in objects that suggest, but do not embody, the complexity of the gendered body.

Betsy Odom received her MFA from Yale University School of Art and her BFA from the San Francisco Art Institute. She has exhibited internationally in group- and solo- exhibitions at venues including Journal Gallery in Brooklyn, Glass Curtain Gallery in Chicago, Amel Bourorina Gallery in Berlin, and Rudolph Projects in Houston, TX.
Recent solo exhibitions include exhibitions at 4WPS, ThreeWalls Gallery, Hyde Park Art Center, and WomanMade Gallery. Odom has been the recipient of several fellowships including an Illinois Arts Council Grant, a Chances Dances Critical Fierceness prize, and a grant from the Chicago Department of Cultural Affairs. In 2012 her work became part of the West Collection.

Rafael E. Vera received his BFA and MFA from The School of the Art Institute of Chicago where he was a recipient of the Edward L. Ryerson Fellowship Award and the George L. and Roman Siegel Fellowship Award. In 2013, he received the 3Arts Ragdale Residency Fellowship. He was also an Artist Resident in HATCH Projects at Chicago Artists Coalition, 2014-2015. He currently teaches Painting, Drawing and Printmaking at Loyola University Chicago. Recent exhibitions and publications include New American Paintings, issue 107; the 23rd Evanston and Vicinity Biennial, where he received the 2017 Exhibition Award; the LA Art Show 2016, Los Angeles, CA; Present Standard, Chicago Cultural Center – curated by Edra Soto and Josue Pellot; Mutual Dealings, Bert Green Fine Art, Chicago; The Moments Between: New Work by Rafael E. Vera, Averill and Bernard Leviton A+D Gallery, Chicago, – curated by Jessica Cochran. Rafael was born and raised in Maracaibo, Venezuela, and presently lives with his wife and two kids, in a house with a front porch, in the city of Chicago.

“And when we go we come crashing down”
We’ve been thinking a lot about panic. In 1994 the city of Los Angeles experienced a blackout and many residents called 911 claiming to see a “mysterious bright light in the sky”. They were frightened by the Milky Way — they had never seen it before. We are seeing so many things we have not seen before but that doesn’t mean they have never been before. This show is looking at forms of panicking through ceramics, drawing, and objects.

Sarah Belknap (b. 1983) and Joseph Belknap (b. 1979) are Chicago-based interdisciplinary artists and educators who received their MFAs from the School of the Art Institute of Chicago. Working as a team since 2008, their art has been exhibited at the Museum of Contemporary Art Chicago, Columbus Museum of Art, The Arts Club of Chicago, the Chicago Artists’ Coalition, and Western Exhibitions and Comfort Station, both galleries in Chicago, as well as in artist-run exhibition spaces in Brooklyn, Detroit, Minneapolis, Kansas City and St. Louis. In addition, they have presented performances at institutions throughout Chicago, including the Chicago Cultural Center, Hyde Park Art Center, Links Hall, and the MCA.

STNDRD at DEMO Project: “Hey, How’s Life???”
“Hey, How’s Life???” presents a roll of toilet paper made in protest of Donald Trump — a racist, misogynist, white supremacy-supporting president. The flag, unrolled square-by-square over the course of the exhibition, is printed with the text “It’s Terrific!” appropriated from a 1940s advertisement promoting Orson Welles’ film Citizen Kane. Life is not terrific for a lot of people, and “Hey, How’s Life???” draws a parallel between the film’s critique of wealth, power, and politics, and our current political climate.

For each day the flag is on display, two squares will be cut away from the roll of toilet paper to create a variable edition of prints. Proceeds from the sale of prints will benefit the Southern Poverty Law Center, an organization that monitors extremists and hate groups, and fights for social justice through education, advocacy, and litigation.

Breanne Trammell is a multi-disciplinary artist and Friday Night Lights enthusiast. Her studio practice explores objects and icons from popular culture, the confluence of high brow and low brow, and mines from her personal history. Trammell’s publishing imprint, Teachers Lounge, operates as a forum to explore subversive topics and reveal hidden histories related to education, activism, politics, sports, and visual culture. Her work has been widely exhibited and she has been an artist-in-residence at the Women’s Studio Workshop, Ox-Bow School of Art, Kala Institute, Endless Editions, Zz School of Print Media, The Wassaic Project, and Kimmel Harding Nelson Center for the Arts. Trammell received her MFA from the Rhode Island School of Design and is an Assistant Professor of Fine Arts at the University of Cincinnati. 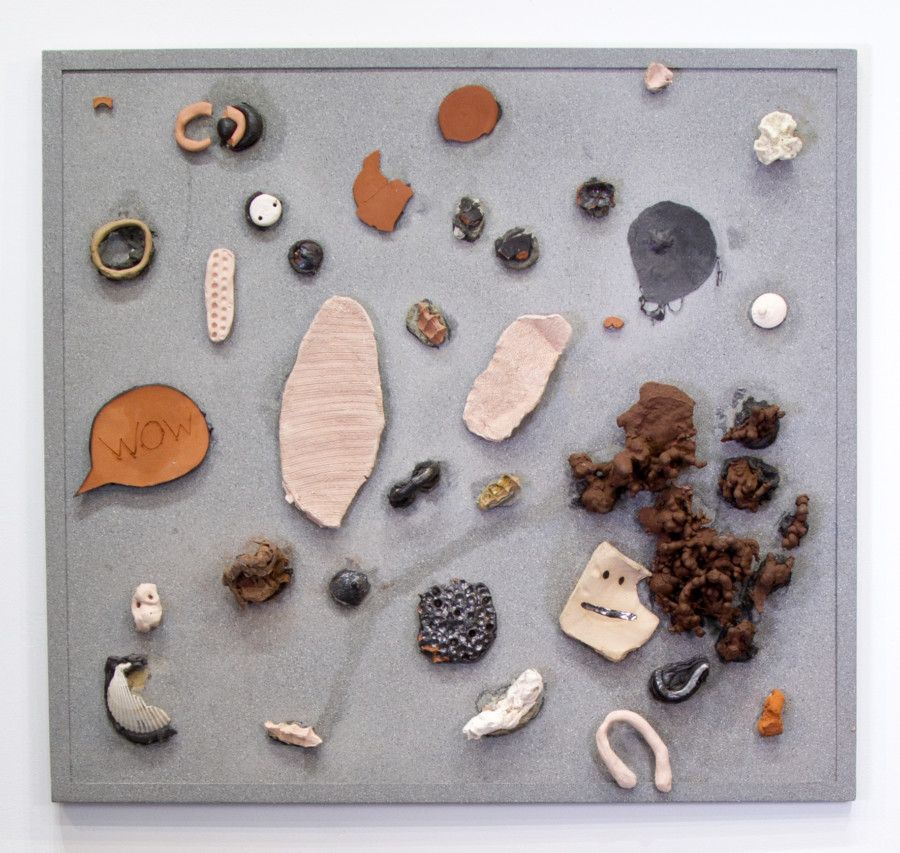