Far From the Front Lines

On view through Sunday, October 1st

Curated by Dorit Jordan Dotan
This exhibition brings together a community of artists who strongly feel that art is personal, that the personal is political, and the political is very personal. The twenty-two North American contemporary artists selected for this exhibition were among those who responded to the call to create art about the Israeli-Palestinian conflict. As in many mediums, perspective derives from distance; being far away opens up a natural space for new viewpoints. Artists who are Far From the Front Lines have created an opportunity for artful dialog beyond borders. It allows both the audience and the artists themselves to actively promote meaningful change in our minds, where all borders ultimately reside.

This exhibition is about coexistence, hope, and showing fine art. Social change has often been brought about by artists who dare to say what few want to hear. The vision from this exhibit is a starting point from which to inspire new ways of thinking. The context of an exhibition expands the space of the artist to encompass not only the individual onlooker, but a community as a whole: diverse, tolerant, contentious, questing after justice at home, and personally – sometimes viscerally – invested in events far away. Artists far from mapped borders may be among the first to finally, tentatively, step over into new territory. 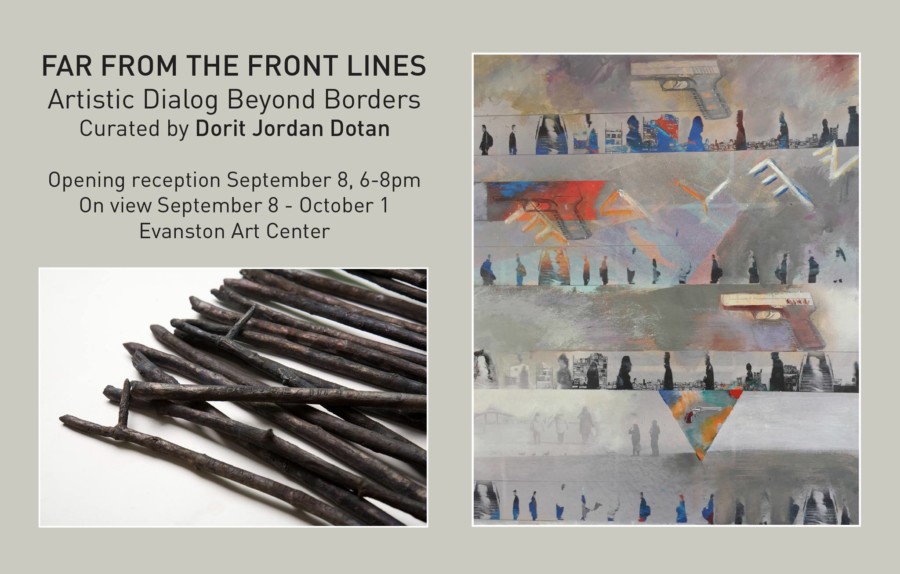