Elise Archias discusses “The Concrete Body.” She will be joined in conversation by Blake Stimson.

About the book: Offering an incisive rejoinder to traditional histories of modernism and postmodernism, this original book examines the 1960s performance work of three New York artists who adapted modernist approaches to form for the medium of the human body. Finding parallels between the tactility of a drip of paint and a body’s reflexive movements, Elise Archias argues convincingly that Yvonne Rainer (b. 1934), Carolee Schneemann (b. 1939), and Vito Acconci (b. 1940) forged a dialogue between modernist aesthetics and their own artistic community’s embrace of all things ordinary through work that explored the abstraction born of the body’s materiality. Rainer’s task-like dances, Schneemann’s sensuous appropriations of popular entertainment, and Acconci’s behaviorist-inflected tests highlight the body’s unintended movements as vital reminders of embodied struggle amid the constraining structures in contemporary culture. Archias also draws compelling comparisons between embodiment as performed in the work of these three artists and in the sit-ins and other nonviolent protests of the era.

About the author: Elise Archias is an assistant professor of art history at the University of Illinois, Chicago and her book “The Concrete Body – Yvonne Rainer, Carolee Schneemann, Vito Acconci” was the recipient of a Miess/Mellon Author’s Book Award in 2015. Her exhibition, “Embodiment Abstracted: The Influence of Yvonne Rainer,” was featured at UIC’s Gallery 400 last winter.

About the interlocutor: Blake Stimson is a professor of art history at the University of Illinois, Chicago and author, most recently, of “Citizen Warhol.” He and Elise Archias are currently at work jointly authoring a book on the infamous 1972 artwork Seedbed provisionally titled “The Artist’s Two Bodies: Vito Acconci and You.” 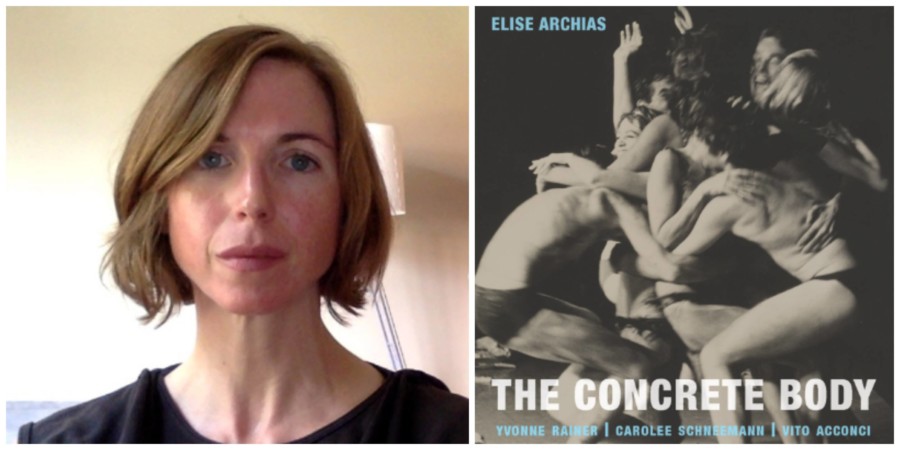