On view through Sunday, December 10th

Join us for a public reception celebrating the opening of  “Ângela Ferreira: Zip Zap and Zumbi.”

Architecture has played a major role in Ângela Ferreira’s research- based practice, in which buildings and structures are starting points for works of art that engage with complicated colonial histories in Portugal and sub-Saharan Africa. This exhibition, organized on the occasion of the second Chicago Architecture Biennial, triangulates a dialogue across time and geographies between the modernist forms of Mies van der Rohe, Mozambican architect Pancho Guedes, and vernacular architecture found in Portugal, Brazil and throughout countries in Africa.

Zip Zap Circus School (2000-2002) references two unrealized projects: one by Mies van der Rohe in Den Haag and another by Mozambican modernist architect Pancho Guedes in Cape Town. Its sculptural and architectural materialization points to the idea that architecture can be seen as an object of desire and social change by a largely ignored community in a highly politicized and socially explosive South Africa of the end of the twentieth-century. By building a portion of Guedes’s architectural project as an artwork, the artist rendered the idea of the dream as a political act.

In the installation, Wattle and Daub (2016), a building that was used as a slave market in the 15th century in Lagos, Portugal, is depicted through a slide projection, enclosed behind a renovator’s scaffold. In front of the image emerges a new sculptural screen that is constructed according to traditional African and Brazilian building techniques -wattle and daub – thereby doubling the sense of enclosure and transporting it to a different architectural language and different continents. The work evokes the memory and power of the escapee slave communities in Brazil through the image of its most charismatic leader- Zumbi dos Palmares.

Ângela Ferreira (Mozambican, b. 1958) grew up in South Africa, where she obtained her MFA from the Michaelis School of Fine Art, University of Cape Town. She lives and works in Lisbon. In 2007 she represented Portugal at the 52nd Venice Biennale. 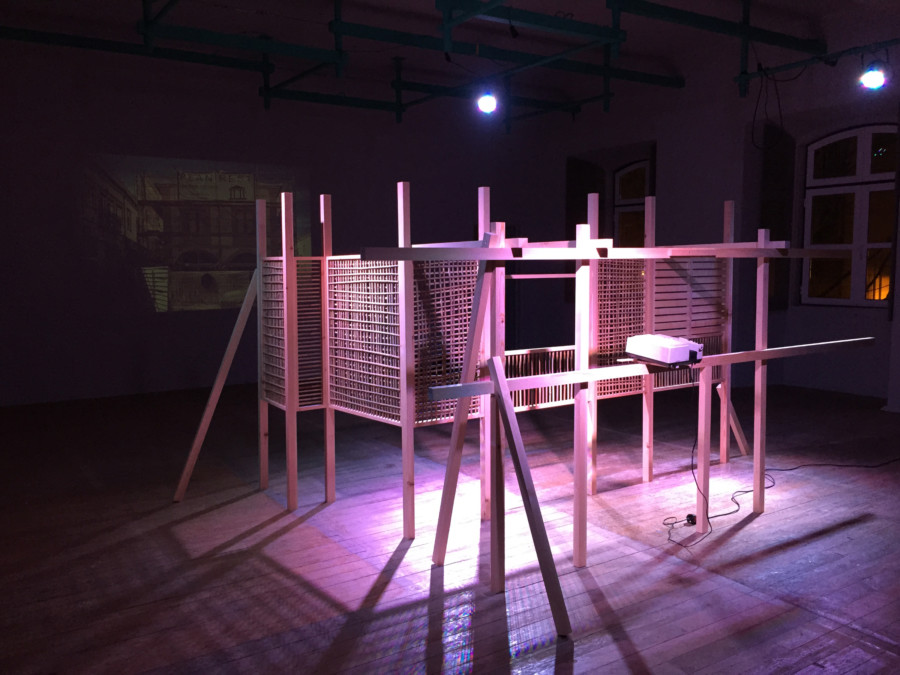