We All We Got: Carlos Javier Ortiz + South Side Home Movies

Acclaimed filmmaker and photographer Carlos Javier Ortiz presents We All We Got, an elegy for urban America, and A Thousand Midnights, a chronicle of Black migration, in dialogue with selections from the South Side Home Movie Project, an archive of footage of everyday life shot by South Side residents.

We All We Got (2014, 9min)
In the context of the Black Lives Matter movement, and the country’s recent focus on youth violence, police brutality, poverty and marginalized communities, We All We Got is an elegy of urban America. The film is an intimate portrait of people affected by violence: including community activists, kids, and cops. It navigates the tragedy and persistence of families impacted by violence. , the perseverance of affected families, and the outpouring support of local leaders and residents who highlight these social issues in Chicago.

A Thousand Midnights (2015, 12min)
From 1915 to 1970, six million African Americans relocated from the rural South to the cities of the North, Midwest and West. In many ways, the epic internal migration created what we now consider the modern American city, particularly Chicago.

For Blacks fleeing the south during the Great Migration, economic and racial exploitation were inextricably linked. Black Americans in search of some semblance of freedom from racial terror also longed for the opportunity to provide for their families outside the racial plunder of the Southern plantation system. In this manner, the purported racial openness of the north was believed to translate into more economic opportunity for Black migrants, their families, and future generations. However, as is the case with much of the American story, this dream remains just out of reach for many. This experimental documentary chronicles the contemporary manifestation of the economic and social histories of Black Americans who came to the north during the Great Migration in search of economic opportunities. The implications of their migration, and the lack of economic opportunity they encountered, has far reaching consequences for Black America today.
______

Born in San Juan and based in Chicago, Carlos Javier is a director, cinematographer and documentary photographer who focuses on urban life, gun violence, racism, poverty and marginalized communities. In 2016, Carlos received a Guggenheim Fellowship for film/video. His work has been exhibited nationally and internationally in a variety of venues including the Schomburg Center for Research in Black Culture; the Worcester Art Museum in Massachusetts; the International Museum of Photography and Film in Rochester, NY; the Museum of Contemporary Photography in Chicago; the Detroit Institute of Arts; and the Library of Congress.

In addition, his photos were used to illustrate Ta-Nehisi Coates’ The Case for Reparations (2014) article, which was the best selling issue in the history of the Atlantic Magazine. His photos have also been published in The New Yorker, Mother Jones, among many others. He is represented by the Karen Jenkins-Johnson Gallery in San Francisco. 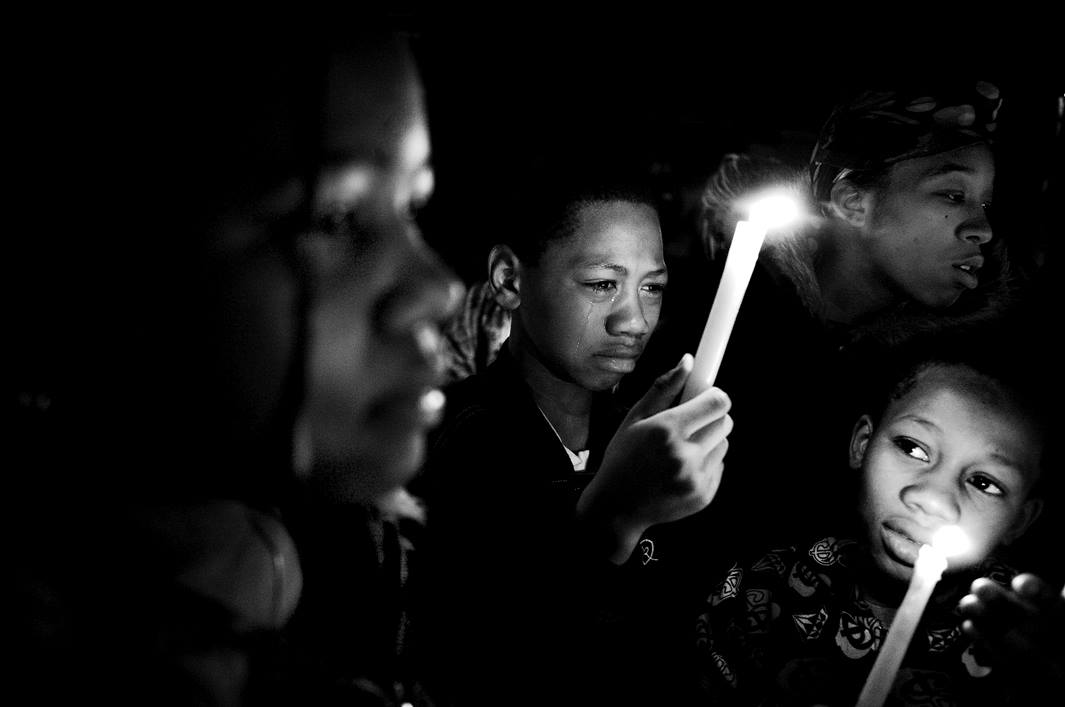