What will the South Side of Chicago look like in 2021? Vanguard L.A. Rebellion filmmaker and founder of Kaos Network Ben Caldwell kicks off a week-long workshop on visualizing the future of our community with this presentation of his work around the transformation of LA’s Leimert Park. Through the production of Afro-speculative design videos, Caldwell explores how rich local histories can be combined with new technologies to reimagine public spaces, and address issues of trauma, gun violence, gentrification, and police/community relations.

Arts educator and independent filmmaker Ben Caldwell created an independent studio for video production and experimentation in his LA neighborhood of Leimert Park that became the KAOS Network, a community arts center that provides training on digital arts, media arts and multimedia. Its legendary Project Blowed is a weekly open-mic workshop that gave birth to rappers and rap groups such as Aceyalone, Medusa, Busdriver, Freestyle Fellowship and Jurassic Five. As a member of the L.A. Rebellion group of Black filmmakers, Caldwell has made stunning experimental works, including I & I: An African Allegory (1977) a reflection on the essential connections between all people, inspired by Ayi Kwei Armah’s novel Two Thousand Seasons.

This project is presented by the Gray Center for Arts and Inquiry, Logan Center for the Arts, Rebuild Foundation, Black Cinema House and Connect Gallery. 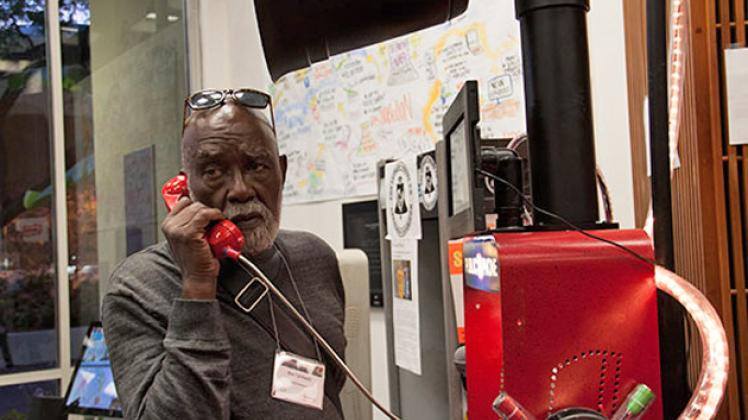