On view through Sunday, September 3rd

Curated by Kenneth Heyne
Paintings contract infatuation all the time. They don’t have the appendages to do anything about it. The pleasures paintings seek radiate from the gooey flesh of oil paint or extra hard wood of the panel.
The title of the show, “The Dating Game” references the 60’s television show about finding true love. Its done through an interview style process. It plays up the romantic fantasy. While cutting out the rituals and carnal positions that make up dating.

We have more access than ever to potential dates. No need for interviews it is as simple as swiping right for carnal embrace. Dating fundamentals have not changed, it is a bigger landscape to explore. What remains timeless is the awkward pauses. Without a doubt art works provide great conversation.

The work in ‘The Dating Game’ ranges from the beautiful to the grotesque. In the past the realities of dating were in the closet leaving many unaware. Steering clear of shock. The work poses and propagates libidinal energies. Leaving a state of ecstatic convulsion in its wake.

By Appointment only after the 28th 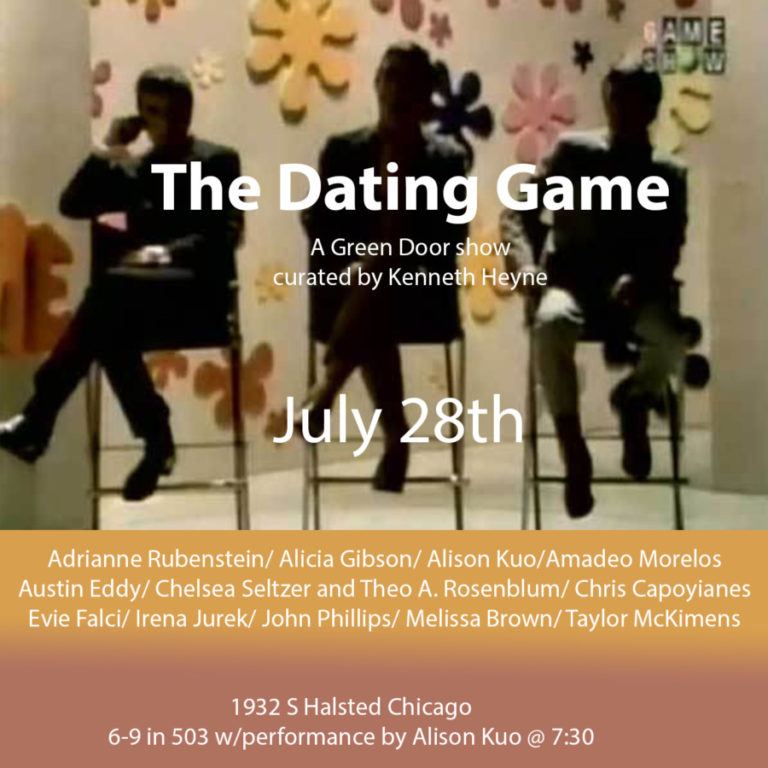