Daniel Wyche is very happy to present an evening of new compositions for quadraphonic sound at Elastic Arts! The goal and mission is to open the space and resources of Elastic up to artists who have only rarely had the chance to set up a multichannel performance, or who will be doing so for the first time ever. We have the speakers, these folks have the ideas. It will be a night of experimentation in the strong sense. And don’t fret: If all goes well, we will absolutely do it again! Oh yeah: we are actually, definitely, starting at 8 sharp, it’s a Sunday and we have a lot of ground to cover!

Over the past few months myself Matt Jencik and Whitney Johnson (Matchess/ Simulation…) have performed as an organ duo using two Acetone Top 5 organs under the name DEEP SPACE TWO. So far the performances have been entirely improvised. We’ve discussed the idea of performing at the center of the crowd sort of like the early Philip Glass performances in the late 1960s and before we even played our first show we discussed the idea of a quad set-up so the timing of this possible performance is somewhat serendipitous. For this quad performance we are considering using a digital tape delay pedal that has individual outputs for each tape head. Using varying lengths of instrument cables and various effects we hope to create a warm and enveloping drone performance that should suit the quad set-up quite well.

Eric Hall is a composer, improviser, producer, and performer of electronic-based music and video, as well as an installation artist, DJ, and freelance music and arts educator.

I use space in performance every chance I get. Publicly, I’m usually limited to two speaker / stereo playback, but even then there is a lot of opportunity for spacial enhancements regarding depth, direction, and floating tonal emphasis. Being a mostly computer-based performer, I have a lot of ways to dig into how frequencies interact with the audience according to where they are in the space, such as moving the individual notes within chords around the stereo field so that the harmonic activity aligns at different points in the room. I also use a lot of 3D processing and psychoacoustics to blur the periphery of sounds and synthesize depth. This is a significant focus when I’m building palettes for my improvised sets. The chance at using these techniques in a four-channel configuration is exciting. I have ideas of melding field recordings and synthetic sonics in an encompassing, dynamic utilization of the speaker array and the dimensions and sense of motion it can create.

Sara Zalek, Hanna Brock, and Sarah Luczko present: Up from the Muck

Up from the Muck: This performance incorporating movement and sound will explore the instability of desire, depicted as an idealized state removed from reality. Departing from a paradise whose illusory nature renders it uninhabitable, the performers will attempt both separation and unification through action and sound. The audience will be similarly destabilized as performers heard them into and through the quadrophonic space. Sonic elements will include phasing, collage, voice, violin, and synthesizers. Ultimately the performers must choose imagined perfection or survival in reality, lest they be forced to enact a sacrificial compromise. 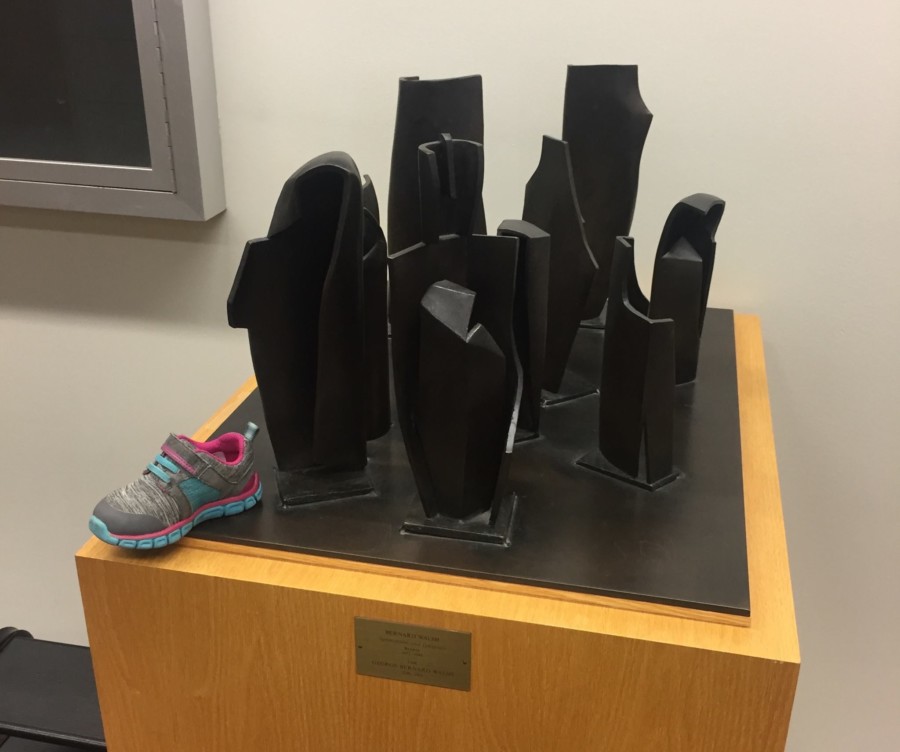