On view through Saturday, July 29th

New Earth-Caribbean Mythmaking:​ What does it look like to emancipate othered bodies? How do we, as a people, access ancestral heritage as an act of healing?

The artists on view in ​New Earth: Caribbean Mythmaking​ provide answers to these questions. Through imagined interior and exterior spaces, Sofia Cordova, Jacquelyn Carmen Guerrero, and Joelle Mercedes re-inscribe new narratives into our past, present and future worlds from the perspective of contemporary Caribbean identities. By constructing sensory environments that envision utopic and dystopic worlds, they question the traumas that historically trace Diasporic people. Their unique approach to embodying cultural identity through sound and imagery blur the line between myth and biography in an effort to negotiate personal and collective narratives.

Originating from diverse Caribbean hubs around the globe, including Bronx, New York; Miami, Florida; and Carolina, Puerto Rico, artists in ​New Earth​ present counter-canon narratives that rewrite linear storytelling. Chicago-based artist Joelle Mercedes infuses metaphorical concepts within objects often found in intimate domestic spaces as a method of coping. Through an assortment of food, water and references to animals found in the Dominican Republic and its Diaspora, viewers will be engulfed by the water-worlds he constructs in order to demonstrate the transience of our natural world. Cordova’s post-industrial fantasies present in the video series “Echoes of a Tumbling Throne,” exhibit psychedelic interpretations of Santeria’s orishas, colonial voyages, mutant robotics, and taxidermy. Her sculptures ​use forms like plastic corals as sites for imagining ourselves outside our current biological orders, further ​allowing viewers to ruminate on issues surrounding climate change and ​environmental decay.​ Jacqueline Guerrero’s signature sequin and glitter tapestries use the deconstruction of material in order to reconstruct sacred, ephemeral spaces of the earth to enliven the soul. By activating her installations, she allows her work to act as a method of self-care for viewers to heal.

Together, all three sound and installation artists uncover the complexities of Caribbean heritage by way of ornate installations involving the natural elements. They boldly re-imagine colonial narratives to form a new cultural mythology that tap into the inevitable cycles of rebirth, death, and transformation.

About the artists and curator:

Born in 1985 in Carolina, Puerto Rico, Sofía Córdova is a new media artist with a focus on video, music, installation and performance. Her work looks at the things which plague othered bodies particularly as they relate to late global-industrial capitalism, climate change and technology.

She received her BFA from St. John’s University in Queens, NY in 2006, and her MFA from the California College of the Arts in San Francisco in 2010. She also completed the one year certificate program at the International Center for Photography in New York in 2006. She has performed at SFMOMA, SOMArts and Berkeley Art Museum among others. Her work has been exhibited at the Sonoma Valley Museum of Art, AMOA/Art House, Southern Exposure, The International Center of Photography as well as other venues internationally. She was awarded the 2014-2015 Kala Fellowship and has recently participated as Artist-in-Residence at the Bay Area Video Coalition in San Francisco, California, Arteles in Haukijarvi, Finland and ACRE in Steuben, Wisconsin. She is currently Artist-in- Residence at the Mills College Museum. Her work is part of Pier 24’s and The Whitney Museum’s permanent collection and was recently the subject of a First Look Feature in Art in America.

More info about Sofia can be found at sofiacordova.com

Jacquelyn Carmen Guerrero (aka CQQCHIFRUIT) studies and uncovers the complexities of Caribbean heritage through ornate installations and captivating performance that create a space for transformation. Their practice centers on rediscovering and reclaiming the cultural, spiritual, and artistic legacies of her queer, AfroCuban, and Puerto-Rican intersection. Originally from Miami and based in Chicago, Guerrero is a DJ, musician, performer and visual artist, who received the Mark Aguhar Memorial Grant for Feminine-Spectrum Artists of Color in 2012. She is a co-founder of TRQPITECA, a nightlife event in the Pilsen neighborhood of Chicago featuring artists working with queer and tropical aesthetics, and an organizer of Chances Dances, a Chicago DJ/artist collective dedicated to building safer spaces for all gender identities. CQQCHIFRUIT has performed and exhibited across the US and internationally in Cuba, Mexico, and Canada. In 2016 they became a certified Reiki Master. SHE AND THEY

More info about Jacquelyn can be found at www.cqqchifruit.com

Joelle Mercedes is a pájaro, food enthusiast, and an artist, originally from The Bronx, NYC. Joelle currently lives and works in Chicago, IL.

Sabrina Greig is an art critic, curator, and communications professional from New York City. She graduated with a B.A from Carleton College and M.A in Art History from the School of the Art Institute of Chicago (SAIC).

Her curatorial practice uses exhibition spaces to showcase experiences that are unique to Diasporic communities on the margins. Through the lens of Afrofuturism, she seeks to understand past cultural histories in an effort to transcend contemporary oppressive narratives that frequently surround people of color. Her curatorial work in Community as Family at the Haitian American Museum of Chicago and the exhibition series The Black Experience at the LeRoy Neiman Center and Sullivan galleries at SAIC, focused on complicating notions of citizenship and culture. Her assistance in programming the concept for the stage presentation for WE Day Illinois with the Chicago Community Trust, included managing a performance by artist Jamila Woods and four poets from Louder Than a Bomb.

Primarily working across video, soundscapes, and performance, her current curatorial fellowship at ACRE Projects explores artists that engage with digital and virtual spaces to locate a stronger sense of selfhood and racial identity. Her art criticism and research draws from her curatorial practice, as she focuses on representations of the Black diaspora in popular culture, fine art, and gentrified urban spaces. She has published work in Arts.Black, Fnewsmagazine, Bad at Sports, and writes regularly for Sixty Inches from the Center. 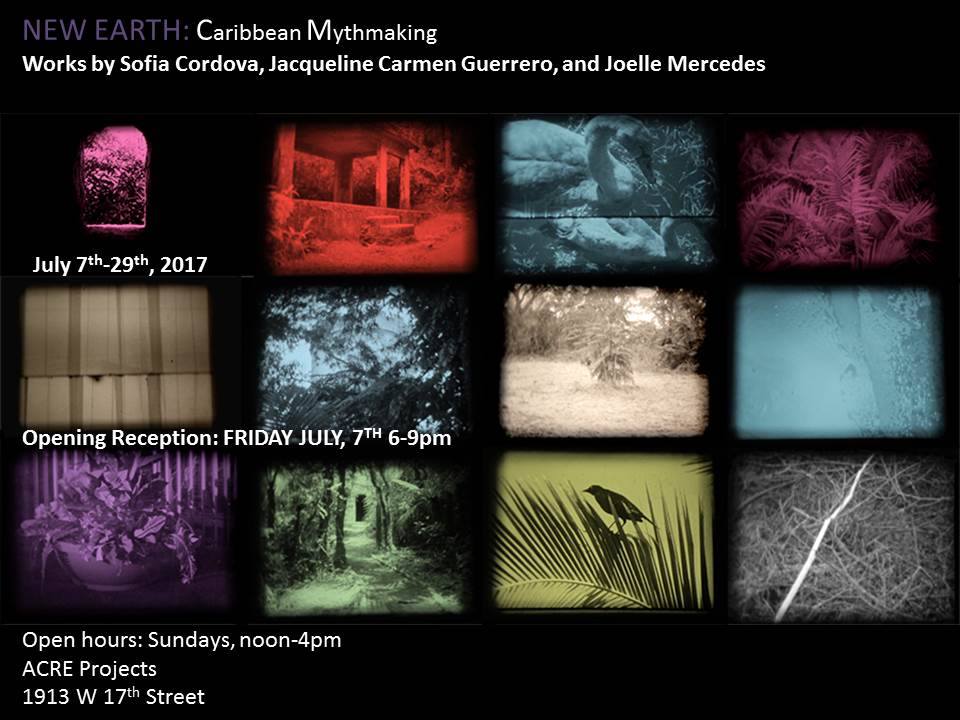