On view through Saturday, August 5th

Melissa Pokorny: “Blue at the Edges”
The title for this show is borrowed from Rebecca Solnit’s revelatory book “A Field Guide to Getting Lost”, where she writes:

“In responding to the DEMO project space, I chose to focus on the home and its role as a container of experiences and histories, as a place from which one might dream of distance and unknown territories,” says Pokorny. “One thing that we all share is a desire to escape the everyday realities of home, and to surrender to the pull of the unknown. These blue places provide a reverie of distance and solitude, and stand in stark contrast to the lingering traces of domesticity and containment.”

Melissa Pokorny’s work focuses on the sense of place, and its role in structuring memory and identity. Her large-scale sculptures, mixed media tableaus, and installations incorporate fragmented images of landscape and nature that highlight contested spaces, edges and boundaries between the natural world and our presence in it. She is a Professor in the School of Art + Design at the University of Illinois in Urbana-Champaign.

This summer, Pokorny is a fellow at the Ragdale Foundation residency in Lake Forest, IL. She plans to extensively photograph and map the fifty-acre prairie at Ragdale. As in past residencies in Wyoming and Iceland, she’ll be using this immersive experience to create sculptural situations that initiate a perception of collapsing or telescoping boundaries between temporal, locational, cultural, and physical relationships.

Kristin Abhalter Smith: “EKSTASIS”
Kristin Abhalter Smith draws on her experiences as a set designer to create a site-specific installation inspired by real and imaginary landscapes, costumes, sets, and characters discovered in a process of material manipulation. Employing a broad range of techniques including carpentry, sewing, and 3D printing, Abhalter Smith combines experiments in geometric repetition and form with the means of production associated with stage spectacle. The work is in pursuit of a ‘designer’s opera’ — where design is not merely the environment where things happen — it is the action itself.

For DEMO Project, Abhalter Smith uses the site to inform a new ‘movement’ of the opera that is framed in a structure of ongoing exhibitions which build on each other to formulate the narrative of the piece. “EKSTASIS” is the manifestation of a boundless energy, born of volcano, and contained in a mysterious temporal dimension. It moves in ways that evoke celebration and lament, while guarding secrets of the past and clues to the future. The title refers to a state of being outside oneself and the visitor is invited to participate in discovering their own journey within the constructed landscape with the help of costumes and sound-makers. How can objects perform emotion? How do these objects relate to our bodies? How are emotions represented on our personal ‘stage’?

The first exploration of this work – SIXES (prelude) at SÍM Gallery, Reykjavík – proposed an idealized atmosphere with an architectural model of the operatic space. Chicago’s For the Thundercloud Generation window gallery hosted the second exhibition in the series with MYOPIA (overture) — setting the stage with a collection of exaggerated and distorted visions, condensed into forms with elements of costume, suggesting the potential for characters to emerge. After the debut of “EKSTASIS” at DEMO Project in Springfield, IL, Abhalter Smith will further explore the series with an installation including audioscapes in April, 2018 at Ignition Projects in Chicago, IL.

Holding an MFA and BA in design and technical theatre from University of Minnesota and Washington University in St. Louis, Abhalter Smith has exhibited in Chicago at Art on Armitage, Greenleaf Art Center, The Peanut Gallery, The Plaines Project, and has directed Roman Susan since founding the art space in 2012. 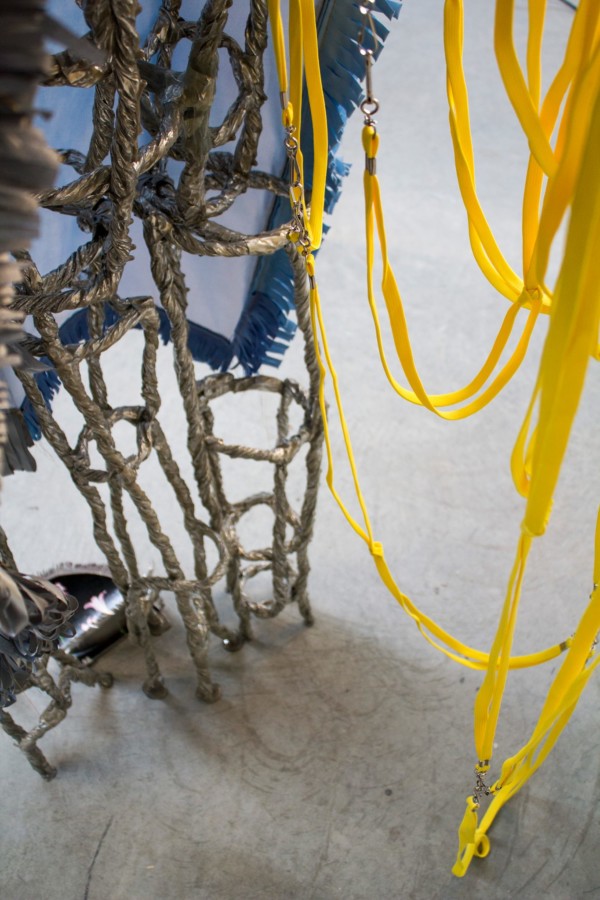