I shall create!: Arts on the Inside

Honoring the power of poetry and expression,”I shall create!”: Arts on the Inside will feature a reading roundtable of poetry written by individuals who have been–or who currently are–incarcerated. Book-ending the roundtable, will be a conversation about the role of the arts in detention centers, jails and prisons. Jane Addams Hull-House Museum presents this program as a part of “Our Miss Brooks 100,” a multi-year national celebration of poet Gwendolyn Brooks.

The program will feature Sarah Ross, program coordinator at Prison + Neighborhood Arts Project that supports arts and humanities initiative at Stateville Prison in Illinois, and Ann Folwell Stanford who was founder and former director of the DePaul Women, Writing and Incarceration Project. Stanford has published articles and book chapters about literature and women’s incarceration, including co-editing Word by Word: Women, Writing and Incarceration (Rowman & Littlefield, 2014), a collection of work by scholars, activists, and incarcerated women.

This program is in support of the exhibition “States of Incarceration,” on view at Jane Addams Hull-House Museum (JAHHM) from May 16-August 10. “States of Incarceration” is the first national traveling multi-media exhibition and coordinated public dialogue to explore the history and future of mass incarceration in the United States. The exhibition’s visit to Chicago is a collaboration between JAHHM at the University of Illinois, DePaul University and a New School-led coalition of 500 university students and formerly incarcerated individuals from 20 cities to create the traveling exhibition, which launched in New York City in April 2016 by Humanities Action Lab.

Tags: Ann Folwell Stanford, Chicago, I shall create!: Arts on the Inside, Jane Addams Hull-House Museum, near west side, Sarah Ross 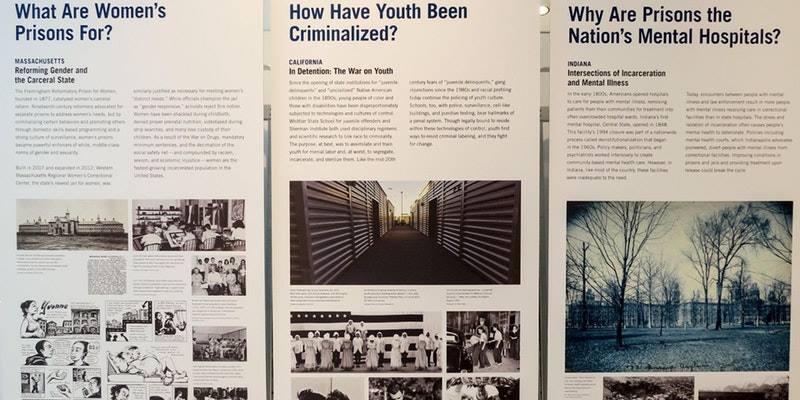