On view through Sunday, August 27th

NEW CAPITAL is pleased to present a new installation by
Adela Goldbard: A Simple Machine.

Goldbard will build a wall that bisects the gallery in collaboration with workers from the Albany Park Workers Center a program from the Latino Union of Chicago, an organization that envisions power for low-wage immigrant and US-born workers with dignified and respectful work and lives.

The structure focuses on Goldbard’s research into the prison architecture of the United States and its relationship with undocumented migrants. It is influenced by detention centers for migrants built primarily by two private corporations, The GEO Group Inc. and Core Civic. The first uses the color blue in its logo and branding, the second, red, emulating the political party divisions of the country with their use of “patriotic colors”. These corporations also resort to the aesthetics and materials of large transnational corporations’ architecture such as McDonalds, Ford, and Walmart, not to mention Coca-Cola and Pepsi. Goldbard complicates the narrative between politics and consumerism by drawing a clear formal line between the two.

‘A Simple Machine’ runs thru August 27, where there will be a closing performance at 2 PM 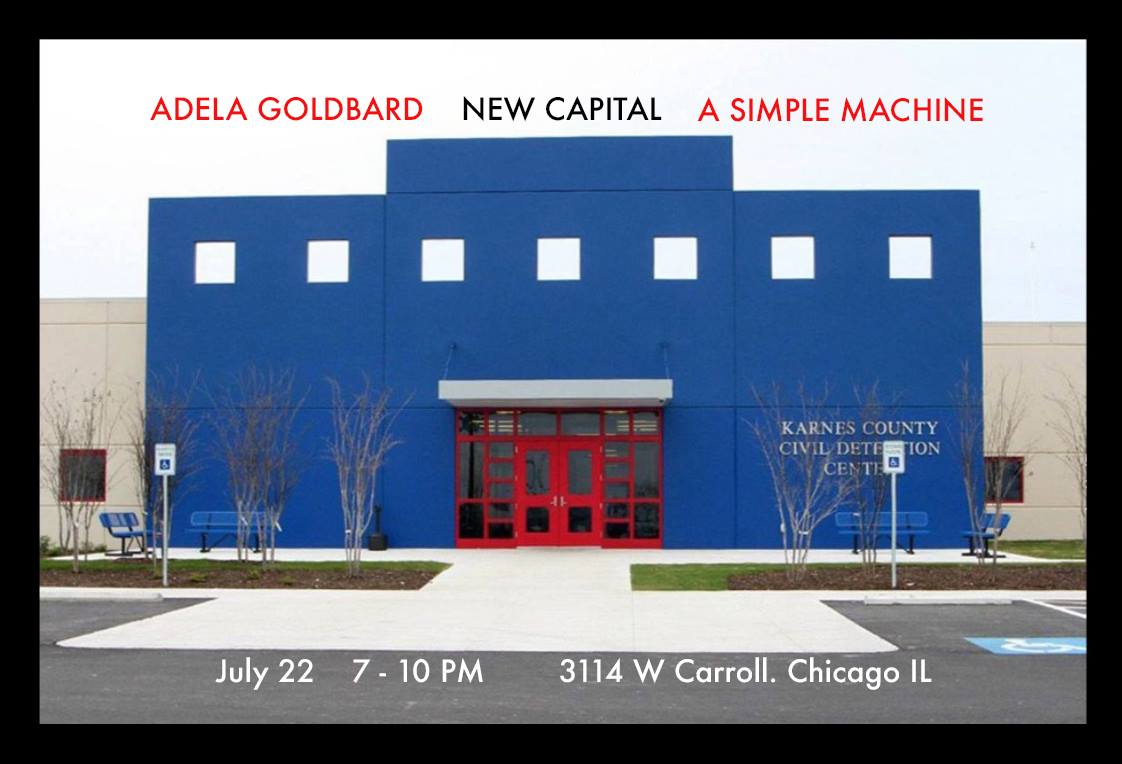