The Turnt and Woke Approach to Documentary Editing with RMB

In this workshop, emerging filmmaker Rashayla Marie Brown (RMB) is busting open her editing process with the community at High Concept Labs. Special guest Kamilah Rashied of “The Nappy Hour” and RMB will ask everyone to get turnt with her, enjoying her favorite music and films, drinking her favorite wines, and reviewing the process of her film in progress, Reality Is Not Good Enough. We will call some of the characters and crew in Atlanta on Skype, make story and mood boards of characters’ motivations, and take advantage of the bomb space HCL has to offer. RMB will eventually create a social platform for the project via Instagram and Twitter, where those who can’t attend the workshops can also participate in online chats about the story line. By allowing non-artists and fellow artists alike to comment on tropes of reality television shows, especially those featuring a mostly African-American female cast, we will collectively inspire a shift in the way we see Black families in moving images. All are welcome to participate regardless of their background, artistic level, or age. However, we will get turnt and stay woke.

Lauded as a Breakout Artist in New City and ARC Magazine, artist/scholar Rashayla Marie Brown (RMB) manages a living studio practice across an extensive list of cultural production modes. Exploiting the role of the artist as both an agent and an object of desire, her work spans camera-based image-making, performance and social engagement/disruption, curation and installation, and theoretical writings infused with subjectivity and spirituality. A lifelong nomad who has moved 24 times, her journey as a professional artist began as a radio DJ and poet performing research in London, and as founder of the family-owned design company, Selah Vibe, Inc., in Atlanta. RMB currently serves as the inaugural Director of Student Affairs for Diversity and Inclusion at the School of the Art Institute of Chicago (SAIC), fostering queer Afrofeminist narratives across institutions.

RMB holds degrees from Yale University and SAIC, advised by Paul Gilroy and Barbara DeGenevieve respectively. Her work has been commissioned by the Museum of Contemporary Art, Chicago; Museum of Contemporary Photography, Chicago; and Yale University, New Haven, CT. Her work has shown at the Gene Siskel Film Center, Chicago, IL; Monique Meloche Gallery, Chicago, IL; INVISIBLE-EXPORTS, New York, NY; University of Pennsylvania, Philadelphia, PA; Museum of the African Diaspora, San Francisco, CA; Centro Cultural Costaricense Norteamericano, San Jose, Costa Rica; and other venues. She has received numerous awards, including the City of Chicago’s Artist Residency, the Hyde Park Art Center Flex Residency, the Roger Brown Residency, and the Yale Mellon Research Grant. Her work and words have been featured and published in Art Forum, Blouin Modern Painters, Chicago Magazine, Hyperallergic, Nka: Journal of Contemporary African Art, the Radical Presence catalog, and the cover of the Chicago Reader. RMB’s essay “Open Letter to My Fellow Young Artists and Scholars on the Margins: A Tribute to Terry Adkins” was shared over 4,000 times online as of 2016.

3Arts is proud to partner with High Concept Labs by connecting artists supported through 3AP (3Arts Projects) to HCL’s Sponsored Artist Program. In 2017, Rashayla Marie Brown was selected as an HCL Sponsored Artist to continue developing her project, “Reality is Not Good Enough,” which was successfully funded on 3AP in August 2015. 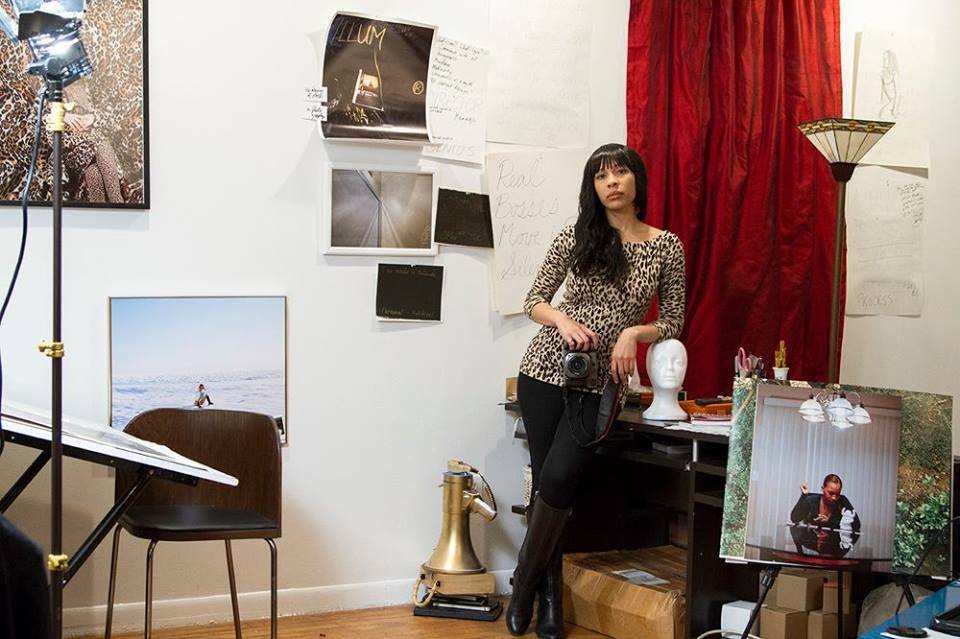