On view through Sunday, October 15th

“A poet’s work is to name the unnamable, to point at frauds, to take sides, start arguments, shape the world, and stop it from going to sleep.” – Salman Rushdie, 1989

Taking Sides explores the tradition of social critique in modern and contemporary art. Drawn from the Madison Museum of Contemporary Art permanent collection, its title is taken from a quote of Salman Rushdie, the renowned novelist and essayist.

Taking Sides, with nearly one hundred works of art in varied media, focuses on an assortment of themes critical to the notion of art as a platform for political statement: social violence; group demonstrations; abuses of military power; evils of the authoritarian state; threats to the environment; class and racial inequity; ethnic and gender identity; and compassion for the vulnerable. Taking Sides includes Andy Warhol’s charge of intolerable racial prejudice in his Birmingham Race Riot screenprint of 1963; Joan Snyder’s lament for the stigmatized victims of AIDS in Requiem/Let Them Rest, a multimedia print from 1997; and Robert Rauschenberg’s shouting out of political and social wrongdoing in his 1970 screenprint Surface Series 42 (from Currents). The exhibition also draws from an area of strength in the museum’s permanent collection, Mexican Modernism, showing works by José Clemente Orozco, Rufino Tamayo, and Leopoldo Mendéz.

Taking Sides is timely given the current political climate that has in many quarters sanctioned social injustice both in the United States and abroad. The injunction in the Book of Leviticus that “Thou shall not stand idly by” is as urgently true today as it was 2500 years ago.

Generous funding for Taking Sides has been provided by The DeAtley Family Foundation; Dan and Natalie Erdman; Susan Lloyd; a grant from the Wisconsin Arts Board with funds from the State of Wisconsin and National Endowment for the Arts; and MMoCA Volunteers. 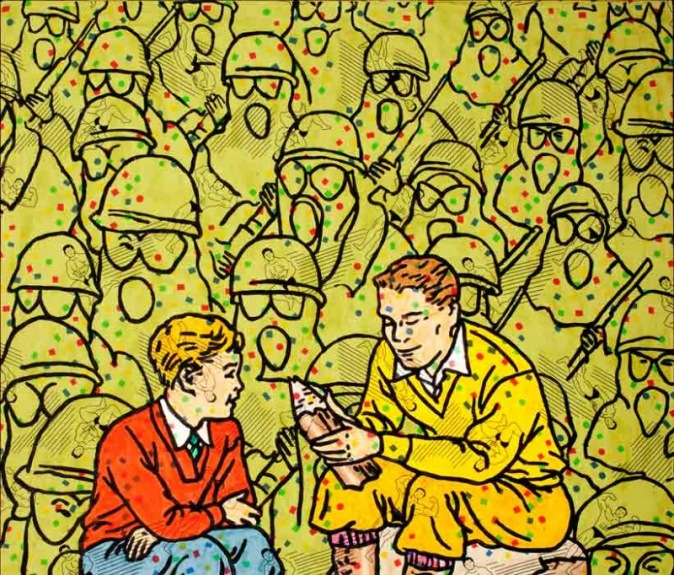