Takashi Murakami: The Octopus Eats Its Own Leg

On view through Sunday, September 24th

Takashi Murakami: The Octopus Eats Its Own Leg is a major retrospective exhibition of the extraordinary, monumental paintings of international art icon Murakami, from his earliest mature works to new, never-before-seen paintings, each reflecting his exquisite level of craft and insightful engagement with history. Across more than 50 works, this seminal exhibition reveals the consistent, universal themes that have guided Murakami’s practice over the past three decades.

Though Murakami is already known for both his fine art and commercial output, this exhibition presents the first serious survey of his work as a painter. It provides a sustained analysis of the artist’s relationship to the traditions of Japanese painting and his ability to straddle high and low, ancient and modern, eastern and western, commercial and fine art. The exhibition also presents Murakami’s work in relation to folklore and pop culture; the traditions of Nihonga, Japanese modern painting; the Tokyo art scene of the 1980s and 90s; and the threat of nuclear annihilation.

Murakami founded the Hiropon factory (now called Kaikai Kiki) in Saitama in 1996, first as his studio and then as an art production and art management corporation to market his art and foster emerging artists. Since then, he has become known for several high profile commercial ventures, forays into comics and animation, and his own colorful, post-apocalyptic characters, all the while diligently incorporating the traditions of Nihonga painting. Murakami’s work is in private collections and foundations as well as major public collections including the MCA’s collection. Murakami was born in Tokyo, and studied at Tokyo University of the Arts, Japan, earning a BFA in 1986, an MFA in 1988, and a PhD in 1993.

Takashi Murakami: The Octopus Eats Its Own Leg is organized by the Museum of Contemporary Art Chicago and is curated by MCA Chief Curator Michael Darling.

Tags: Chicago, Museum of Contemporary Art Chicago, Near North Side, Takashi Murakami:, The Octopus Eats Its Own Leg 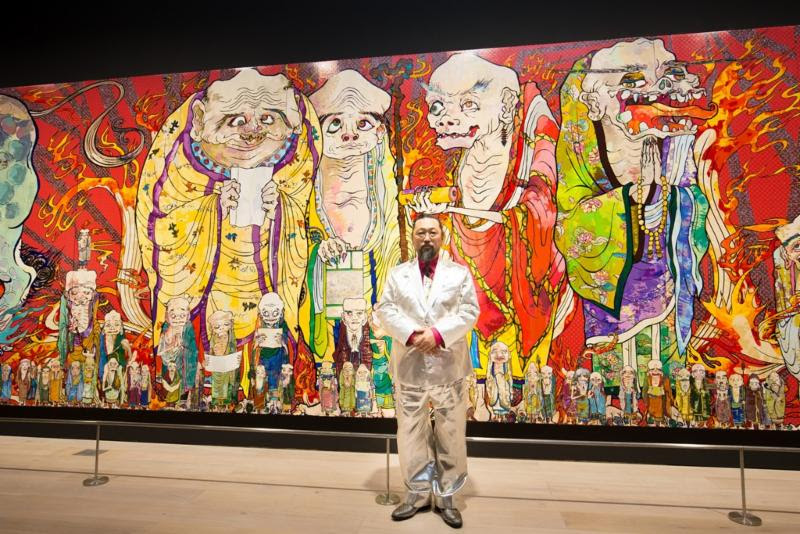