“[A] movie’s reality should be as nasty and fucked up as possible, so we want to get fuck out of the theater and hope for something better in life…. I try not to have a message or even word in my movie. But I usually have some sick stories behind each of the movies. Those are just mental eye candy that it taste sweet first, seizure second.” – Stom Sogo

The Nightingale is pleased to present another tribute to Stom Sogo on the anniversary of his passing five years ago. A special thanks goes to Anthology Film Archives and the following for their kind words.

“A dynamo whose thunderous potential was cut short by his premature death, Japanese moving-image artist Stom Sogo (1975-2012) remains a romantic rebel if ever there was one. For over two decades he created a hair-raising body of aggressively beautiful films and videos. His distinctive, psychically charged work revels in optic and aural jolts just as much as it attempts a sincere connection with the viewer. While he mastered numerous approaches, his primary technique involved heavy amounts of re-photography, a process that allowed him to fashion multiple electrified layers of strobing imagery. Other pieces demonstrate his uncanny editing prowess in their startling juxtaposition of home movies with materials taken from an expansive array of unlikely sources.” – Andy Lampert

“Total anarchy, pushing the limits, going out/within further and further, marveling at all the beauties and laughing at all the absurdities. To me this is what Stom was all about at all times.” – Raha Raissnia

“The films of Stom Sogo are incantatory and self combustible. An erratic master of low tech do-it-yourself sortilege, he puts his works through seemingly perpetual remakes.” – Mark McElhatten

“Stom was both cunning and tender, even now I use him to measure imposters. He certainly laughed at the solemnity with which the courtiers behave. He always wanted more, again.” – Albert Herter

STOM SOGO was born in 1975 and moved to the United States in 1992. He graduated with a BA in art and film from Hunter College, New York, in 2000. Sogo started Open Screenings at Anthology Film Archives in 1995, inspiring a whole crew of filmmakers. His Super8 films and video works have screened at various festivals and exhibitions including Rotterdam Film Festival; the Whitney Biennale; Lincoln Center, MoMA, Light Industry, Union Docs, Chicago Filmmakers, Image Forum (Tokyo), Microscope, and many others. 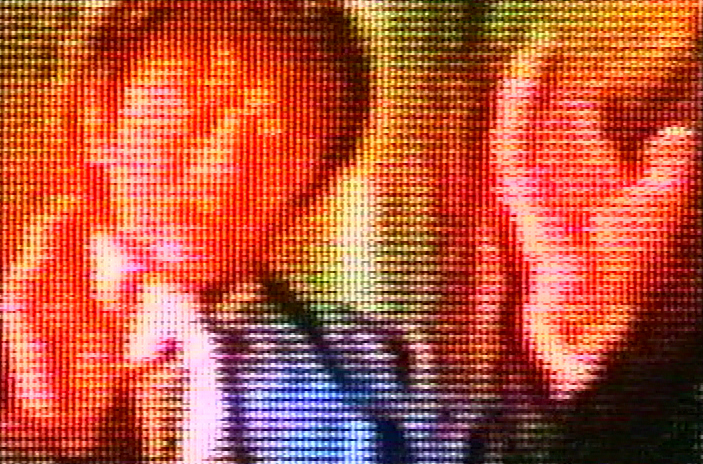