Anthony Elms is Chief Curator at the Institute of Contemporary Art, University of Pennsylvania. There he has organized the exhibitions Endless Shout (2016-7), Rodney McMillian: The Black Show (2016), Christopher Knowles: In a Word with writer Hilton Als (2015), White Petals Surround Your Yellow Heart (2013), and coordinated several other exhibitions and projects. He is also a writer and editor of the publishing imprint White Walls Inc. Elms’s writings have appeared in various periodicals, including Afterall, Art Asia Pacific, ART PAPERS, Cakewalk, May Revue, Modern Painters, and New Art Examiner. He has written essays for catalogues and edited collections such as Cosey Complex (Koenig Books), Geof Oppenheimer: Big Boss and the Ecstasy of Pleasures (Mary and Leigh Block Museum of Art), and the forthcoming Terry Adkins: Recital (Prestel). He has independently curated many exhibitions, including: Interstellar Low Ways (with Huey Copeland); A Unicorn Basking in the Light of Three Glowing Suns (with Philip von Zweck); and Sun Ra, El Saturn & Chicago’s Afro-Futurist Underground, 1954-68 (with John Corbett and Terri Kapsalis). He was one of three curators of the 2014 Whitney Biennial.

Jan Verwoert is a writer, critic and curator who focuses on contemporary art and cultural theory. He is a visiting professor at University of the Arts, Berlin, a contributing editor of frieze, and curator of the 2017 Cyprus Pavilion at the Venice Biennale. His writing has appeared in various journals, anthologies, and monographs. He was a professor at the Oslo National Academy of the Arts, Oslo, taught at the Piet Zwart Institute, Rotterdam, and was a visiting professor at the Royal Academy of Art, London. Verwoert is the editor of No New Kind of Duck: Would I know How to Say What I Do? (2016) and author of Cookie! (2014), Animal Spirits: Fables in the Parlance of Our Times (together with Michael Stevenson, 2013), Tell Me What You Want, What You Really, Really Want (2010), and Bas Jan Ader: In Search of the Miraculous (2006). Verwoert lives and works in Berlin, Oslo, and Rotterdam. 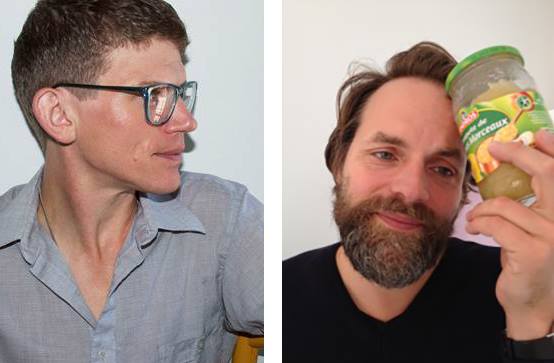