Poetry Foundation is honored to present a rare public screening (the first in nearly 40 years) of renowned activist and photographer Roy Lewis’s short film which follows Gwendolyn Brooks on her way to teach at Northeastern Illinois University, with music by famed musician Terry Callier. Lewis filmed Brooks in 1969 while working in the media department at NIU. The film features a 15-minute interview with Brooks and her reading of “The Wall,” written for the dedication of Chicago’s historic “Wall of Respect.” Lewis’s photograph of Brooks’s dedicatory reading is featured in the June 2017 issue of POETRY, which is edited and published in honor of her 100th birthday. The screening will be followed by a conversation and Q&A with Lewis, moderated by Haki Madhubuti.

Roy Lewis grew up in Natchez, Mississippi on a plantation where his father worked as a sharecropper harvesting cotton. After high school, he joined relatives in Chicago and worked in the subscription department at Johnson Publishing Company. He was drafted by the United States Army in 1960 and developed his talent as a photographer while soldiering. In 1964, he broke out with the publication of a photo of musician Thelonius Monk in the pages of Jet Magazine. Lewis is widely known for his activism, photographs, and films of icons such as the Honorable Elijah Muhammad and Martin Luther King Jr., as well as for capturing iconic moments like the Ali-Forman fight in Zaire. Lewis has received numerous awards for his photojournalism including the Maurice Sorrell Lifetime Achievement Award.

Haki Madhubuti is one of the architects of the Black Arts Movement and a best-selling author of poetry and non-fiction. His books include “Honoring Genius: Gwendolyn Brooks: The Narrative of Craft, Art, Kindness and Justice” (2011), and most recently, “Taking Bullets: Terrorism and Black Life in Twenty-First Century America” (2016). He founded Third World Press in 1967 and has been a prolific leader of educational and literary institutions since. He founded and was director-emeritus of the Gwendolyn Brooks Center at Chicago State University. Professor Madhubuti is an award-winning poet and recipient of the National Endowment for the Arts and National Endowment for the Humanities fellowships, the American Book Award, an Illinois Arts Council Award, the Studs Terkel Humanities Service Award, and others.

The film will be screened in association with the exhibition “Matter in the Margins: Gwendolyn Brooks at 100,” which features highlights from the literary archives of Gwendolyn Brooks. 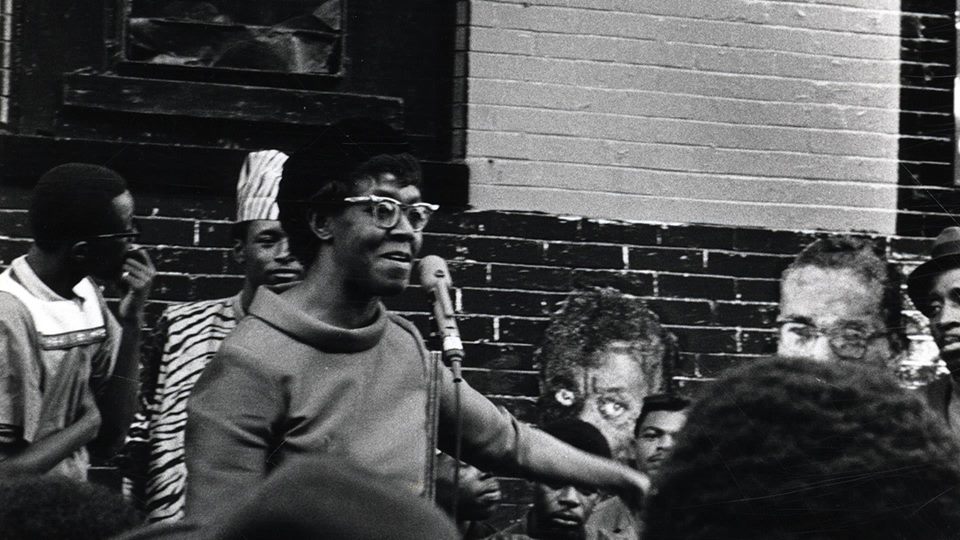