Join LaMar Gayles and Richard Medina at The Coach House on June 30 for a one night pop-up exhibition presenting their new work. Re:Figure is a two-person show reexamining and updating the relationship of figure to ground in a contemporary setting. Hosted by artist Grace Needlman, Richard and LaMar will take over The Coach House and use the small house setting to display their recent experimentations into painting space.

Richard Medina is an artist, curator, and filmmaker based in Chicago, IL. His work has been exhibited at Project 1612, Roman Susan, Corner, 2nd Floor Rear, Kitchen Space, and the 2nd Terrain Biennial. In 2016 Richard was awarded the Jeffrey Ahn, Jr. Fellowship. He curates Box Gallery, a 6” x 6” x 6” cardboard box with regular openings at Terrain Exhibitions. Richard will be seeking his BFA at the School of the Art Institute of Chicago (2021).

Artist, art historian, and jeweler, LaMar Gayles Jr. was born and raised in Chicago, IL. At the age of twelve his older brother was murdered in the city’s South Side. His brother’s death inspired Gayles to explore issues relating to critical race theory, queer theory, identity, material history and their intersections with historical and contemporary Black culture in his studio work. At the age of 14 was awarded an internship at the Museum of Contemporary Art Chicago which lasted for the majority of his High School experience. During his senior year of high school Gayles was given the chance to curate a show through the Museum of Contemporary Art at the South Side Community Art Center under the title of Curatorial Contractor. He went on that year to also receive the Posse Foundation Full Tuition Scholarship to study at Saint Olaf College where he double majors in Art History and an individualized area titled Adornments and Materials in Critical Race Contexts. His work combines a deep exploration into self perception of race with experimental materiality. Meaning his work takes a variety of forms including; fine metals, performance, critical writing, and mixed media painting. By pulling from his art historical research into groups that operate outside of the Western aesthetic, Gayles’ work attempts to denounce the artistic niches, cliches, and “over-scholarship” in Western Art. 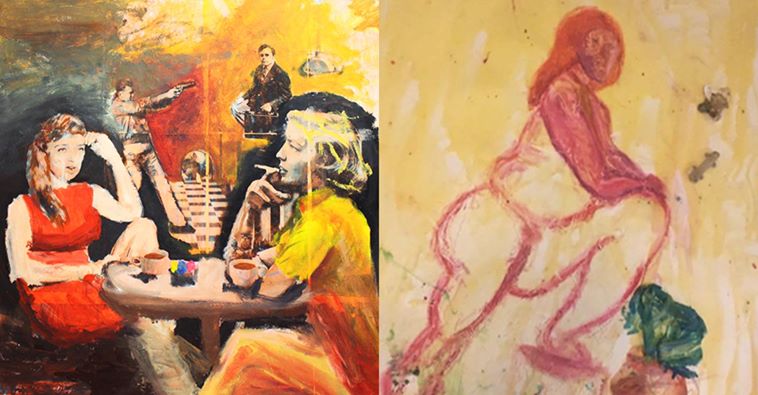