Deep Cuts brings you a body of work from Chicago artist Mariano Chavez.These are archetypal images from the artist’s visual lexicon, characters and works that have slowly evolved over many years. Large paintings were started in 2001, got rolled up, stored, and then finished years later. Some works were exhibited as part of other groupings, and are re-contextualized in this configuration. Small gouache studies from 2004 were realized as large canvases just this year. A recent studio visit with a good friend sparked excitement about taking all of this work out – looking at it, re-stretching the canvases, and editing this show. Mariano has always imagined that these paintings would come together at some point and be shown as a whole. Most of this work has never been seen. Now, after all of these years Mariano Chavez presents Deep Cuts!

A catalog of the works included in this exhibition and special edition t-shirts will also be available for purchase at the opening.

Mariano Chavez (b. 1974) works in a variety of media ranging from painting, drawing, printmaking and sculpture. He has received both an B.F.A and M.F.A in Painting and Drawing at The School of the Art Institute of Chicago. Mariano has exhibited both nationally and internationally–he lives and works in Chicago. 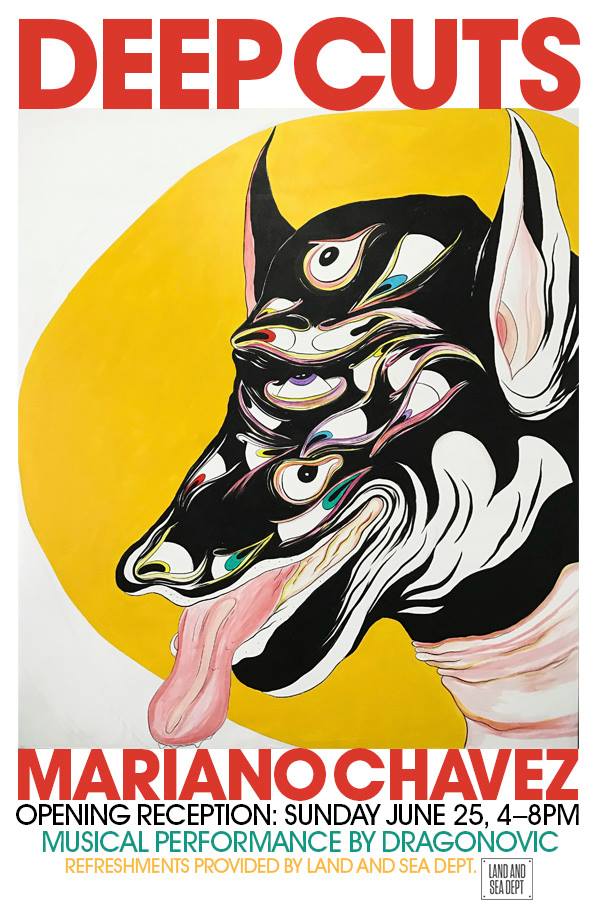