Karen Connell: The Personal Ads and Frank Ishman: The B-Side

On view through Saturday, July 22nd

Karen Connell’s project, The Personal Ads, is based on an advertisement she placed in The Village Voice, NYC in 2000 under “Women Seeking Men”. It read: BE MY HERO. Princess Buttercup seeking her Westleigh. I, too, have long, golden hair and have been captured by too many unsavory men. Be my hero and save me from such fate.

Connell advances this familiar fairytale narrative by providing a framework for people to express what they might be looking for in a potential mate/pairing. Twelve men called in response to her ad and she recorded their messages. Listening to their voices, Connell conjured up images of what she thought they might look like based on how they described themselves but also very much based on her cultural background, experiences, and biases. She then drew the men using law enforcement software that is used for witnesses in identifying suspected criminals. Using the software’s limited bank of facial elements and with her own, admittedly, biased image bank, she constructed multiple drawings, finally settling on a composite. With the use of video layering, the viewer watches Connell’s stereotyping play out as she constructs the men’s images over time, never fully satisfied with the end result of a mental image of a man she has never seen.

In Frank Ishman’s project, The B-Side, he films minorities in silhouette who have not subscribed to the normal stereotypical activities of their race/cultural background finishing with a frontal reveal to the camera.

The B-side of a track is considered to be the less important side of the album, the side one doesn’t necessarily have to listen to in order to decide whether or not to like the album. The B-side, though, is how people will judge the entire album if they don’t like the tracks.

Ishman says, “I constantly get the ‘B-side’ – the blank gaze when I introduce myself to someone who has never seen my face but I’ve spoken to on the phone or have had email correspondence. The expression, no matter how quick, says it all, ‘Oh, you’re Frank Ishman’. It’s almost as if they were so pleased with the first side of the album and now they’re not sure if they will enjoy the B-side, or to put it bluntly, the black side.

The vast majority of people, no matter how accepting of both races, will base their logical love for the ‘B-side’ on race, saying to themselves, I know tons of blacks that do ‘x’, or ‘Wow, he’s so talented (for a person of color)’. It’s this ‘left-handed’ love, which seldom is acknowledged that I’m hoping to address – just how much race truly plays a part in our lives.”

Filter Photo is proud to acknowledge the support of the David C. & Sarajean Ruttenberg Arts Foundation and a CityArts Grant from the City of Chicago Department of Cultural Affairs & Special Events in producing this exhibition. 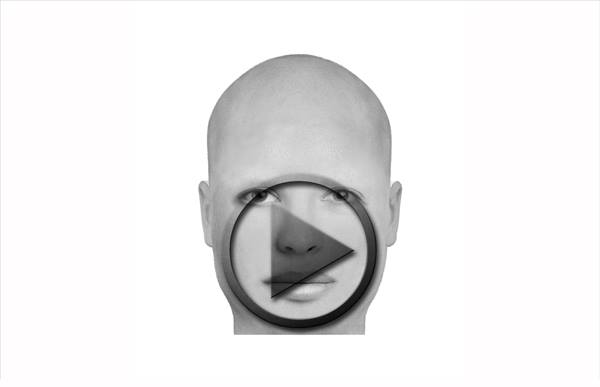