@ FOR THE THUNDERCLOUD GENERATION

On view through Saturday, July 29th

After a brief hiatus, the THUNDERCLOUD is once again in effect. In our second year we are embarking upon a new approach; a series of collaborations with artists and makers we admire. We are thrilled to announce the first in this series:

a THUNDERCLOUD collaboration with ELIZABETH FIERSTEN

QUOTIDIAN SHIFTS is the outcome of a series of conversations and experiments that have taken place over the past several months in the THUNDERCLOUD.
The application of familiar processes to new scales and mediums reveals an inquiry into the possibilities of architectural transformation. What began as lines on paper and diagrams in sawdust developed into lines on glass and drawings in space.
Conceived and experienced as a form of hide-and-seek, the layered sculptural forms are filtered through the intervention on glass that serves to guide and fragment the interior space.

Elizabeth Fiersten is a designer and artist who has been working primarily in metal for over a decade as co-owner of Manifold, a studio focused on small batch, precision crafted metal furniture. After graduating from the University of New Mexico in 1998, Elizabeth moved to Chicago and embarked on a journey that’s taken her variously into the fields of costume design, social work, house painting, gallery management and eventually, but not finally, furniture design.

Sadly, Ollies Bar has now closed. Join us instead next door to the THUNDERCLOUD at Numbskullduggery on North Winthrop, 7-9 on Saturday, 24 June. 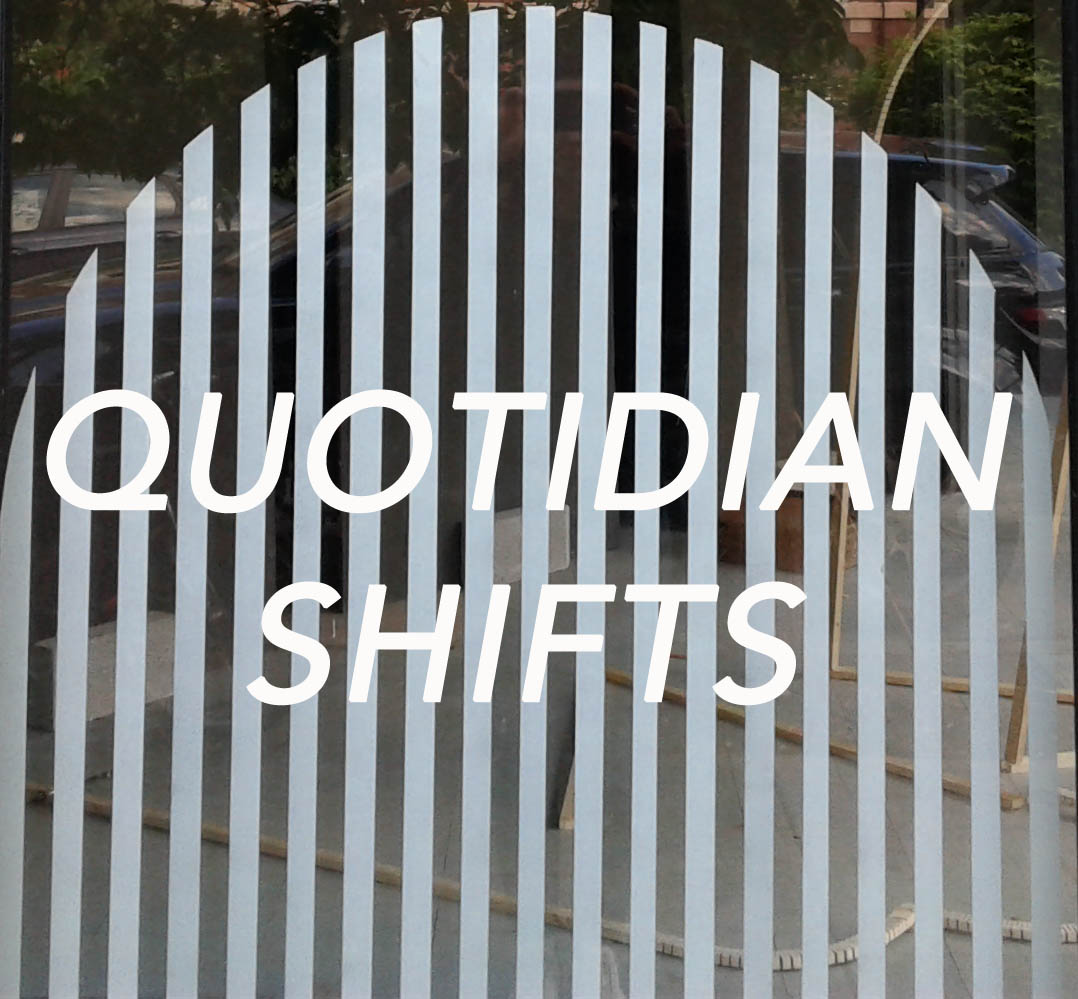