Alexandra Antione: Diaspora/Dyaspora: Haiti to Chicago and Back Again (A Migration Story)

On view through Sunday, July 23rd

Could there be a such thing as a contemporary Chicago without a Haiti? There had long been a place, a people, a history — but the collection of narratives that lend themselves to the modern notion of Chicago are points on a line that begins with Haitian trader Jean Baptiste Point du Sable who is credited as the city’s founder. Though he would make his living along the Midwest’s waterways and his life among Native Americans, du Sable is remembered for being “handsome” and “learned” and most significantly, for being “black”. His departure from Chicago would come in reaction to his impending displacement as local governmental forces began to claim rights to the valuable land he had acquired. To preempt indignity he would sell it and move to Missouri. This is a migration story.

In her exhibition “Diaspora/Dyaspora” promising Haitian-American painter and conceptual artist Alexandra Antione continues this examination of how Haitian identity informs and is formed by Chicago as she reflects on the Haiti of her youth and imagination and how that visual memory is shaped by the city she now calls home. Coming to adulthood in the “age of Obama” is also not lost on Antoine as she centers an installation in her rumination on how being Black and of immigrant origins alchemize in the context of current socio-political discourse. Antoine’s story is a migration story.

Holding pride of place in the exhibition as well, is artwork on loan from the Haitian American Museum of Chicago (Uptown) from the collection bequeathed by one of Chicago’s foremost Black gallerists, Nicole Smith. Smith was born in Haiti and began her career as a curator in 1971 at the Centre d’art in Port-au Prince. Smith moved to Chicago in 1973 and selling Haitian and African artwork from her home before opening the Nicole Gallery in 1986. The gallery would go on to discover and show some of today’s most renowned Haitian, African and African-American artists. The Nicole Gallery closed in 2011 after celebrating its twenty-fifth anniversary. It’s lauded gallerist, Nicole Smith passed away on March 29, 2016. Smith’s story is a migration story.

This exhibition is devised and curated by Rootwork Gallery founder, Tracie D. Hall

About the artist
Alexandra Antoine’s work addresses the themes of identity and culture through the use of typography, line and portraiture. Drawn to the human figure Her work often incorporates Vévé symbols from Haitian Vodou as well as Mud Cloth from Mali, West Africa. Antoine is fascinated with both the ways in which language via visual elements is translated as well as with human creativity in communicating and preserving one’s history.

Her work in this exhibition combines the portraiture of relatives and friends with symbols that are representative of their nature and personality. In many instances Antoine “engraves” symbols onto the individuals or their clothing allowing them to be read literally and figuratively and embuing them with tradition. She also incorporates text from public signage, sometimes written in French and other times in Creole as a way to officialize her native language and put it on display outside of Haiti in the effort to combat the erasure of her native tongue and as a form of resistance to a colonialized system of speaking and representation. Antoine’s conceptual work is also represented in this exhibition including excerpts from her “Post-Black” and “Hueman” series.

The exhibition opens Friday, June 9, 6-10 pm. and is open by appointment thereafter along with the following activations.

Sunday. July 23. 11:00 am-12:15 pm
“Break-Bread” Collector’s Breakfast. An opportunity for area collectors to get closer look into Antoine’s work

Sunday. July 23. 12:45 pm-2:45 pm
“B/Reading Ground” this open writers’ and readers’ series will center on the writing and retelling of African and other cultural folktales. 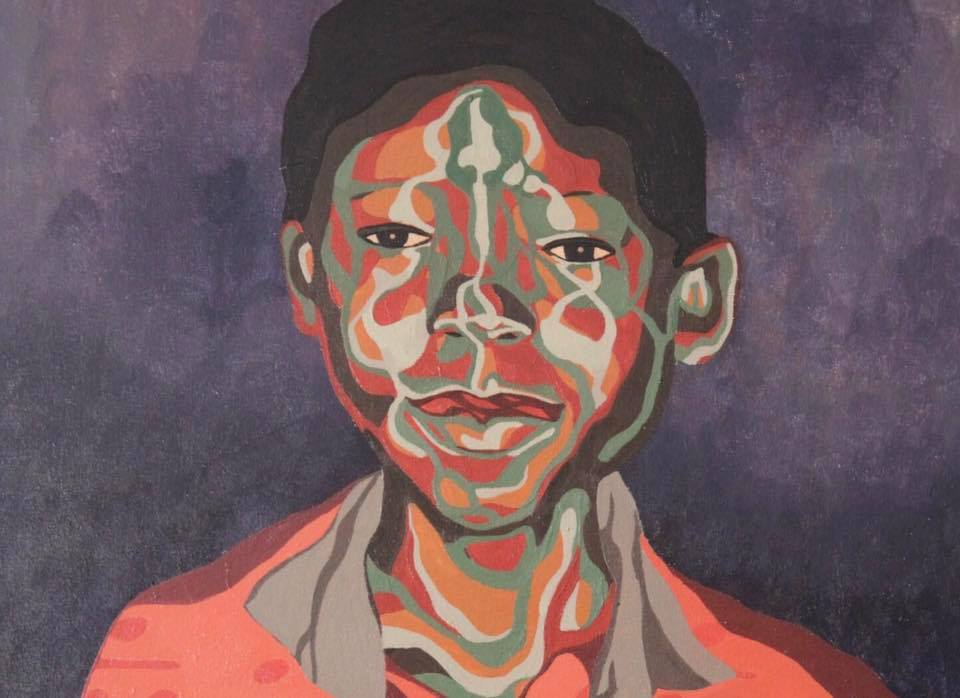