A i r tight

On view through Friday, July 7th

The work of these artists asks how we might understand our bodies in relation to space, time and the physical world. Each artist in this show addresses compression and expansion through their manipulation of materials and forms. In Ben Harle’s work, vessels for bodies are stacked and ordered to suggest an imminent transition from this world to the next. While referencing Egyptian canopic jars, these vessels also operate like parts for a monument or building materials. Kelsey Harrison’s interpretation of a Kline bottle offers a cyclical proposition in relation to space and the body. Her work asks if it is possible to distinguish between architectural forms and the subjectivities that construct them. Ashley Pastore takes the compressed and condenses it even further. Her forms include dated imagery and less-recognizable materials that resist this archiving impulse. In Kushala Vora’s work a line becomes an accumulative mark by which to build forms with. She questions the line as a way to examine how the standardization of space is embodied. Zoë Greenham’s work asks what is lost and generated when materials leave their delineated physical or linguistic boundaries. Her compressed, messy forms reorganize materials and symbols found in urban spaces.

Ben Harle creates objects, things, and videos that use clay to explore the mystery of life. He is interested in how clay records history as it transforms into an everlasting material when properly fired. He explores its ability to function in a cyclical manner, rather than as a means to an end. He is currently based in Chicago.

Kelsey Harrison is a Chicago-based sculptor. She makes architectural fragments of the built world and abstracts them to undo the authority of given forms of architecture. They are fragments that stand in for the whole of the building. These abstractions move architecture toward expression usually associated with the body, troubling the boundary between subject and environment.

Ashley Pastore is an artist based in Chicago. She is fascinated by the vastness of human experience and how our brains and bodies process time. Her work is an exploration of memory. Through imagery and words from magazines and books, she hopes to create a space in which one might relate and have feelings of nostalgia. At the same time, reminding us of where we come from in hopes that it may influence the decisions we make about our future.

Kushala Vora is a Chicago-based artist. She is interested in time and how it is perceived as a constant factor rather than fluid in its nature. Time presents itself in the process of continuously becoming-ever-different. In her work, the dual between accumulation and erosion of material emphasizes this transformation rather than degradation.

Zoë Greenham is a Chicago-based artist. Her work exists where materials collide, order crumbles and containers leak. Her processes mimic the transformations and circulations that occur in densely packed urban spaces. In her practice, materials, symbols and signs from cities are blended and reorganized. 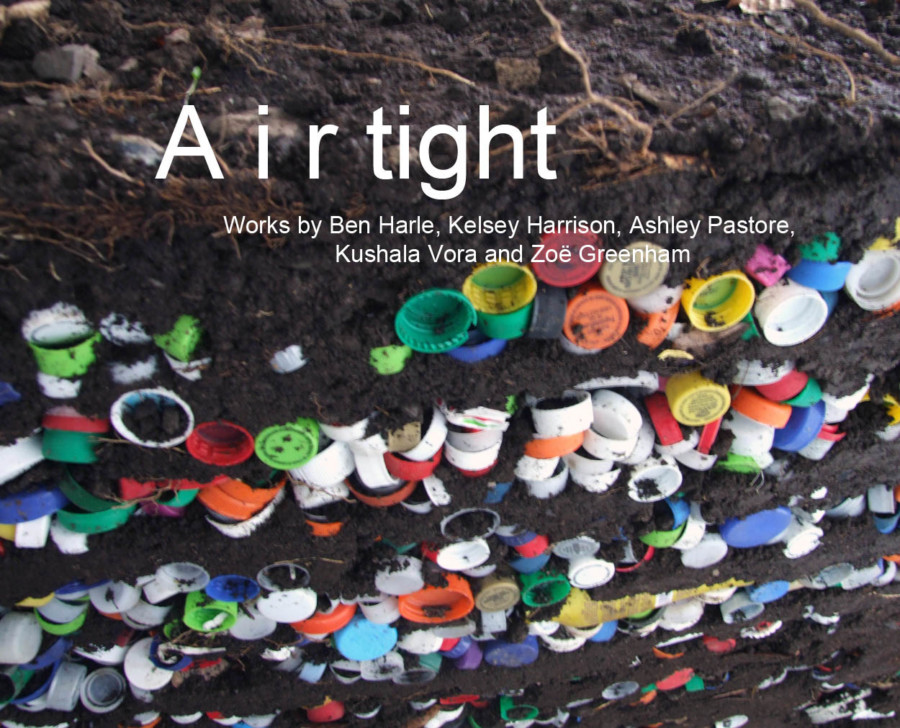