You Can’t Do That Shit on Television

Canada’s 1980s propaganda invasion was so stealth most folks still don’t know its influence. You Can’t Do That on Television was an Ottawa low-fi comedy variety show for kids that first aired in 1979. The locals liked it just fine, but when it aired internationally just 2 years later kids in the USA lost their shit. Those little idiots were so desperate to watch toxic sludge dumped on peoples’ heads a fledgling 24-hour children’s television network was launched into a multimillion dollar corporation (ever heard of Nickelodeon?).

Each episode covered a different topic: fame, smoking, technology. The two adult actors played all of the adult roles: the revolting lazy father, the perpetually-in-yellow-rubber-washing-gloves dopey mother, the school bus driver who gleefully got into accidents, the chef who’s burgers always made the kids barf. They also flipped the scripts. Vanessa would protest how unfair it was that bother Alasdair always got to wear the prettier party dresses. Mom would tell her to “Get back in that house young lady and put on more makeup!”

Modern sensibilities would likely scoff at some of the scenes. Alasdair pleads with the mother not to make him go to school because the teacher wants to kill him. Just as the mother is mocking his lame excuse the teacher breaks in firing off a machine-gun. Every episode include at least one near execution by firing squad.

It was all out youth rebellion atop a yummy comedy cone! What kid doesn’t love chocolate soft serve?

What happened to all of this juvenile anarchy? Put down the seat and settle in to watch these 15 artist respond to the spirt of YCDTOT with their own teevee skits. 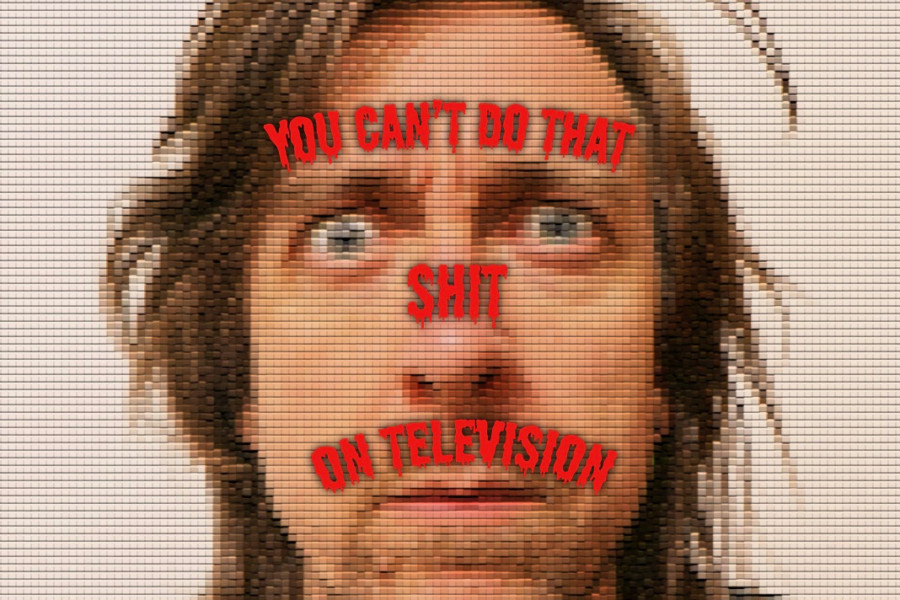