Robert Burnier: So That Justice Should Be Tyrant // Council

ANDREW RAFACZ is pleased to announce:

ROBERT BURNIER: So That Justice Should Be Tyrant in Gallery One

ANDREW RAFACZ is pleased to announce So That Justice Should Be Tyrant, a solo exhibition by Robert Burnier in Gallery One.

Chicago, IL, May 5, 2017– ANDREW RAFACZ presents So That Justice Should Be Tyrant, a solo exhibition of sculpture by Robert Burnier. The exhibition continues through Saturday, June 17, 2017.

‘Who better to speak of our plight? A disdainful Sisyphus attests to the dreams of justice that furnish their own subterfuge. Or so the playwright-tyrant imagines. We become like the Nine of Siena, scouting spirits to guide our communal duties and give warnings of ruin in no uncertain terms.

But what certain terms do we now have? We can’t see our city at a glance like flattened, circumspatial plasters. Its abstractions recede in an expanding universe and cry to be brought to arms length as the poet-despot keeps them either too near or too far.

I return over and over to questions of good and bad faith, which inform and shroud the new, eulogize and denigrate the old. What was alive has turned from its ripeness, and could as well be resurrected or buried. Instruments need new players, aqueducts rerouted, all city squares a new pavement, the same but different.’ – R.B.

So That Justice Should Be Tyrant presents a series of new freestanding and wall-mounted sculptures, some of which seemingly produced by being distended, stretched, or pushed inside out, in the artist’s conceptually articulated palette, sourced from municipal colors and historically celebrated public works of art. At times elegant and others almost brutal, these new works push a multitude of ideas forward through their formal shifts.

ROBERT BURNIER (American, b. 1969) lives and works in Chicago. He received his MFA from the School of the Art Institute in painting and drawing in 2016. He also holds a BS in Computer Science from Shippensburg University of Pennsylvania (1991). Recent group exhibitions include Jenny from the Color Block, curated by Eric Ruschman, Art Academy of Cincinnati, OH (2016); Imaginary Landscapes, curated by Allison Glenn, Chicago Urban Art Society, Chicago, IL (2015); Ghost Nature, curated by Caroline Picard, at Gallery 400, Chicago, IL and La Box, Bourges, France (2014); and The Chicago Effect: Redefining the Middle at the Hyde Park Art Center, Chicago, IL (2014). His work is currently on view in a sudden and peculiar pleasure, a feeling of protection, curated by Matt Morris, at Lovey Town, Chicago, IL. Independent Curators International commissioned a series of works that were presented at NADA Miami (2014) and NADA New York (2015) respectively.
His work has been exhibited in solo and curated presentations at art fairs in Chicago, Miami, New York, Mexico City, and Copenhagen. He is included in numerous public and private collections.

ANDREW RAFACZ is pleased to announce Council, an exhibition of paintings and works on paper by Mika Horibuchi, David Leggett, Orkideh Torabi, Erin Washington, and Caleb Yono, selected by gallery artist Robert Burnier, in Gallery Two. Burnier’s solo exhibition, So That Justice Should Be Tyrant, runs concurrently in Gallery One.

In conjunction with his exhibition So That Justice Should Be Tyrant in Gallery One, Robert Burnier has selected works for Gallery Two by artists with whom his work is in conversation. Council runs concurrently with Burnier’s solo exhibition in Gallery One and includes paintings and works on paper by Mika Horibuchi, David Leggett, Orkideh Torabi, Erin Washington, and Caleb Yono.

‘The works in Council involve intense, sustained, unceasing introspection manifested in coded iconographies. Resolute, humorous, acerbic and provisional, their appearances bear out mystery, seriousness, self-healing and a fine-tuned consideration of one’s own location, even as they reach for waypoints and signs far from the self. Gazing forward and backward, they find a communion of malady and reverie.’ – R.B.

MIKA HORIBUCHI (American, b. 1991) received her BFA from the School of the Art Institute in 2013. Recent solo exhibitions include Draw the Curtain, PATRON, Chicago, IL and No Secret, (with Jordan Nassar), LVL3, Chicago, IL (both 2016).

DAVID LEGGETT (American, b. 1980) received his MFA from the School of the Art Institute in 2007 and his BFA from Savannah College of Art and Design in 2003. Recent solo exhibitions include Their funeral, our dance floor, Shane Campbell Gallery (2017) and Black Drawls, Gallery 400, Chicago, IL (2016).

ORKIDEH TORABI (Iranian, b. 1979) received her MFA from the School of the Art Institute in 2016 and both her MA and BA from the University of Art in Tehran in 2005 and 2002 respectively. Recent solo exhibitions include Orkideh Torabi: New Paintings, Yes, Please, & Thank You, Los Angeles, CA (2017) and Western Exhibitions, Chicago, IL (2016). 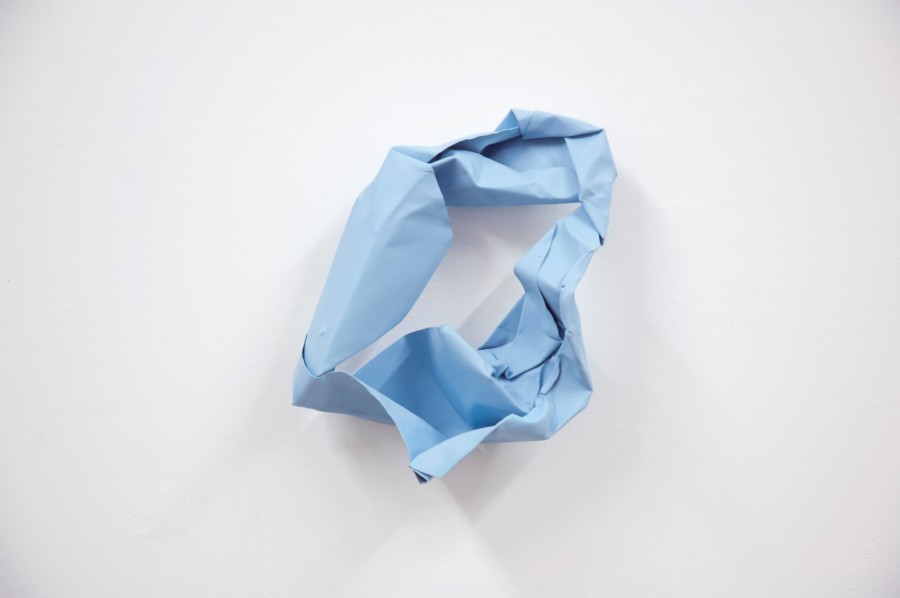