Celebrating the 20th Anniversary of Nappy. The pioneering documentary film that set out to capture the beginning of the contemporary Black Women’s “natural hair movement” with documentary Lydia A. Douglas. The screening will be followed by conversation and q&a with Chicago-based filmmaker Shahari Moore. Free and open to all

After living in Brooklyn and D.C. respected photographer and independent filmmaker Lydia Douglas is now based in Connecticut. Douglas received an MFA in film with a concentration in cinematography from Howard University where she studied with Haile Gerima. She also holds a BFA in photography from the University of Bridgeport. Douglas’ work has been exhibited at The Smithsonian Institute, and at the Reginald F. Lewis Museum in Maryland and numerous other institutions. Her documentary film “Nappy” originally shot in the mid-90s garnered critical acclaim and won numerous awards after its release, was aired on PBS, and is widely considered one of the earliest films to document the contemporary natural hair movement among Black women.

Shahari Moore holds an MFA in Fine Arts and Creative Writing. She’s taught courses and facilitated workshops in African American Studies, African American Literature, Creative Nonfiction, and Screenwriting at the University of Southern Califiornia’s School of Cinematic Arts, the City Colleges of Chicago, and Chicago State University. She is the writer and co-director of “B Love” and “Swimmin’ Lesson, which have both garnered national and international acclaim, including the Black Harvest Film Festival and the Cannes International Film Festival. In 2016, the School of the Art Institute honored her with the “Star Filmmaker Award”. Currently she is directing her first feature length documentary on the life, legacy and impact of Gwendolyn Brooks, the first Black person to win a Pulitzer Prize. 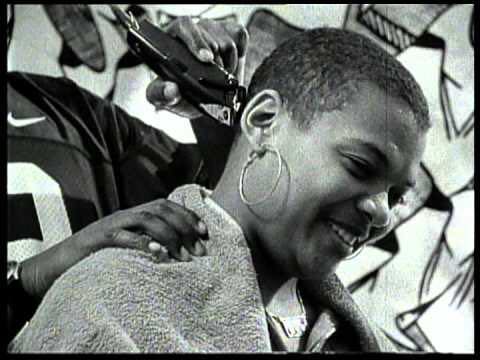