West Side/South Side: Bridging the Divide

One of the most profound and long-standing divides is the split between the city’s South and West sides. For decades, the two predominantly black areas often have been separated by politics, culture, history and convention.

Join us in a lively conversation at Hull-House as we assess this divide and find ways to bridge it. Panelists include journalists, an architectural photographer, cultural critics and community planners and organizers who will address the similarities, differences, historical and contemporary connections between Chicagos’s West Side and South Side neighborhoods. Speakers include: Valerie Leonard, a community development consultant in North Lawndale; Dr. Amara Enyia, public policy consultant and community organizer in Austin; Lee Bey, former city official, photographer, writer and South Side native; Natalie Y. Moore, South Side bureau reporter for WBEZ and author of The Southside: A Portrait of Chicago (2016); and Jennifer Scott, Director, Jane Addams Hull‐House Museum and Project Director of Making the West Side. The discussion will feature Bey’s architectural photographs from the West and South sides, and be followed by a reception and book signing of Moore’s book, which comes out in paperback that week. JAHHM presents this program in partnership with UIC’s Department of African American Studies and UIC’s Great Cities Institute. Hull-House will also officially launch the Making the West Side website.
Making the West Side: Community Conversations on Neighborhood Change is a multi-year project funded through the National Endowment for the Humanities that brings together scholars, activists, neighborhood residents, and other stakeholders to investigate the history of neighborhood change on Chicago’s West Side and connect those histories to contemporary issues and concerns. The website site Making the West Side seeks to connect the many communities within the Chicago West Side neighborhood through conversations surrounding West Side history and the neighborhood’s continued change. 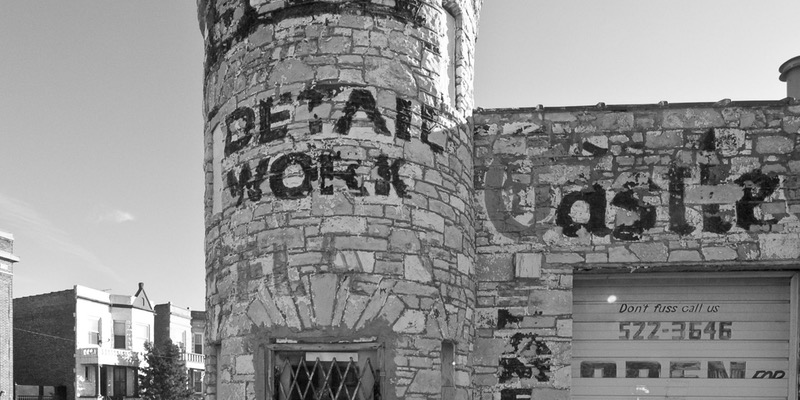