On view through Friday, April 29th

Sabine Weiss, born in 1924 in Saint-Gingolph, Switzerland, has always maintained a fierce independence and a need to strike out on her own. At just eighteen—during a time when being a photographer was not a common profession, especially for a woman—she took off in order to pursue this passion, riding her bicycle to Geneva. In the capital city, she apprenticed under studio photographer, Frédéric Boissonnas until 1945, and soon after opened a studio of her own. But once again wanderlust set-in and after the war Weiss moved to Paris to assist Willy Maywald, the famed German fashion photographer. There, she met her future husband, the American painter Hugh Weiss, and she began recording—in-depth—the daily life of the Parisian working-class. Her first years in Paris, she worked mainly as an independent, but in 1952 was hired by Vogue as a photo reporter and fashion photographer. Also at the time, Robert Doisneau discovered her photography and asked her to join the humanist leaning photo agency Rapho, giving her opportunities to work and travel for many other publications such as Time, Life, Newsweek, and Paris-Match.

To this day, much of Weiss’s work is still unknown to the general public, for both personal reasons—she explained that she had kept a tight seal on her black and white work from the 1950s: “They were my secret garden, my spiritual nest egg which I kept in reserve, my personal and intimate memory.” And for reasons beyond her control—her first and last solo show in United States took place at the Art Institute of Chicago, at a time when the French humanist school of photography was popular, in 1954! It wasn’t until recently that she was “re-discovered” in Europe thanks to a 2016 retrospective at the Jeu de Paume in Paris. The exhibition revealed Weiss’s diverse output as an artist and defined her as the last representative of the French Humanist School of Photography, with the likes of Robert Doisneau, Izis Bidermanas, and Willy Ronis.

Sabine, now ninety-two years old, is not the nostalgic type—an insatiable curiosity and lightness of being have continuously driven her life and photographic work. As she put it, photography is “an alibi, a pretext for seeing everything, for going everywhere, for communicating with everyone.” This is reflected in her remarkable vintage photographs of Paris in the fifties – filled with compassion, playfulness, and a genuine tenderness toward humanity. It is through this gallery exhibition that we hope to once again bring Weiss’s photography to the forefront, but hopefully for good this time. 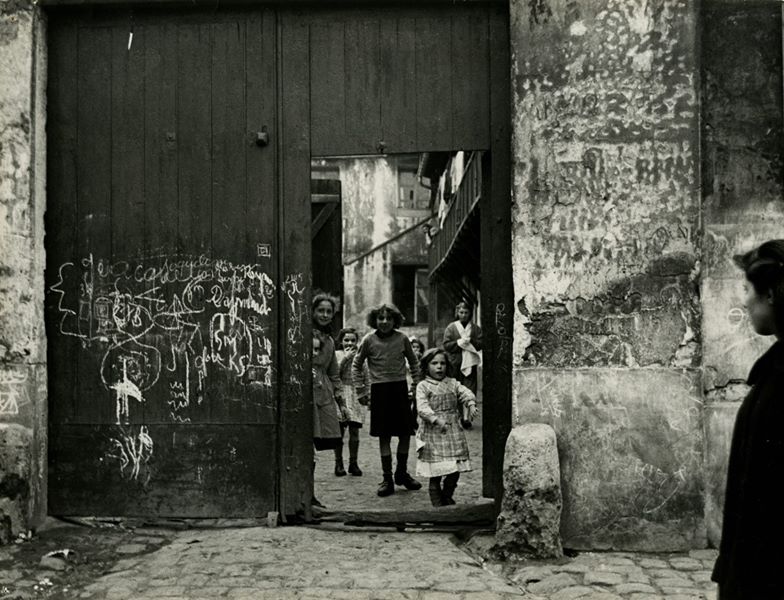