Her Environment is an expanded new media art series highlighting feminine spectrum artists. Our focus is on broadening the understanding of how New Media practices can be used in multiple forms of art making, from video to installation and performance. Our aim is to show pieces that challenge how new media can be used, and the male dominated culture that surrounds it.

As artists we carry the mantle of responsibility for reflecting the times and holding space for the untenable. We believe that it is an artist’s duty to reflect the times. For Mantle Part I, we are screening video work that is a reflection on how the current wave of change that we are facing politically effects us, both in networked spaces and private spaces. Impending limitations on our personhood, how this manifests in our daily lives, and how our lives inevitably become our art.

‘ When everything is so desperate

When everyday is a matter of survival ____

Anja Morell
Selfie Theory #2 2017
Digital Video (1:00 mins)
A parody of many social media users’ practice of sharing personal experiences in relation to big social and political happenings. Not all small opinions and perspectives are important in this way. The silence in the video brings time for contemplation.

Traci Fowler
#oversharing for the sake of survival 2017
Digital Video (04:21 mins)
I have been thinking about what its like existing in this world as a sick, fat and disabled femme. The invalidation and mistreatment from doctors, the value placed on productivity and the de-sexualizing of bodies are just a few of the ways this society shows us we’re not important. Sometimes I’m sad about that, but also finding ways to laugh about it.

Julia Mellen
babababe 2017
Digital Video & Performance (15:21 mins)
A fifteen minute video documenting a performance of a girl dissolving a humanoid sculpture made out of cotton candy with her drool. Work was influenced by Lygia Clark’s Baba Antropofágica and the reclaiming of cannibalism during the Brazilian Modernist movement in regards to sex work/ using femininity and Latin fetishization as mutual exploitation.

Crystal Beiersdorfer
Broken Conversation with Superficial Action 2017
Digital Video (05:31 mins)
Digital culture is constantly altering the definition of what it means to be a “beautiful” woman, with the worshipping and glorification of the proper thigh gap, hipbone protrusion, exaggerated collarbone, etc. The female body is relentlessly being mutilated through digital software and, as a result, the female psyche is being attacked. Broken Conversation with Superficial Action remarks on the constant mask that women must put on while out in public.

Acre TV Live at the MCA – ACT 2: Inside Voices/Hollow Objects III 2016
Directed by Kera MacKenzie & Andrew Mausert-Mooney, Starring Kelly Lloyd and Jesse Malmed, Music by Ryan Sullivan, and Produced by Kate Bowen
Digital Video (27:37 mins)
A live performance, with playwrights, actors, artists, and a studio audience collaboratively producing and broadcasting LIVE television on ACRETV.org. An hour of living cinema—like a play in which actors meet in the edit. 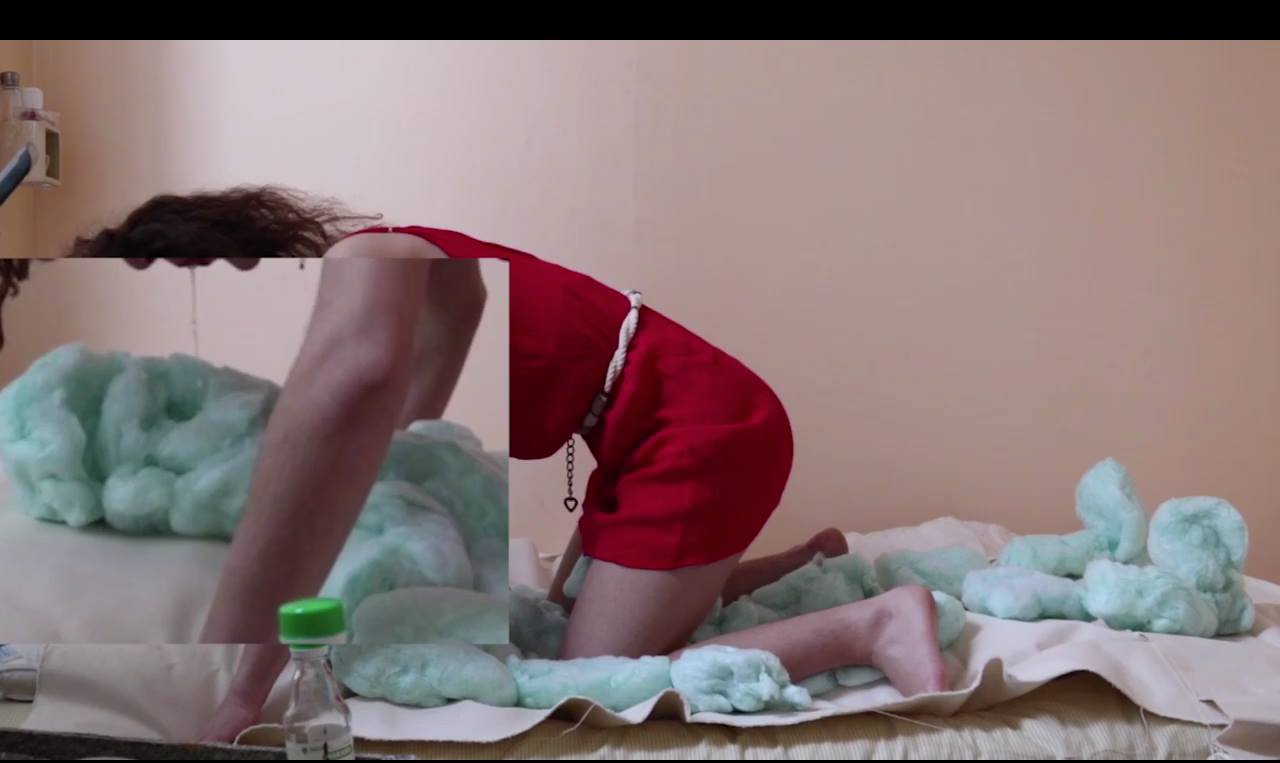