Got The Love + On The Frontline

GOT THE LOVE examines the work of independent soul musicians in Chicago as they face a changing commercial and cultural world. Told from the perspective of multiple generations, the documentary chronicles the current state of what we call soul music as well as its past.

Individual stories torn from the streets of Chicago make up ON THE FRONTLINE, a harrowing but profoundly hopeful investigation of gun violence and its aftermath. Bereft fathers and mothers, reformed gang members, fearful high school students, clergy, including activist Catholic priest Father Michael Pfleger, and a young man who thought about the consequences one bullet too late, stand up with scores of other ordinary citizens to reclaim their homes, streets and schools.

_______________
David Weathersby is a filmmaker/videographer and the founder of City Vanguard, an arts organization that helps independent filmmakers create community-based documentaries for educational and cultural institutions. As a director and screenwriter, he has produced films, documentaries, concert DVDs, music videos and video art projects. His past projects include the documentaries Jazz Occurrence and Manumission. His work has been featured on The Africa Channel, WTTW and various film festivals including Black Harvest Film Festival, Image Union Film Festival and The Chicago Short Comedy Film Festival. 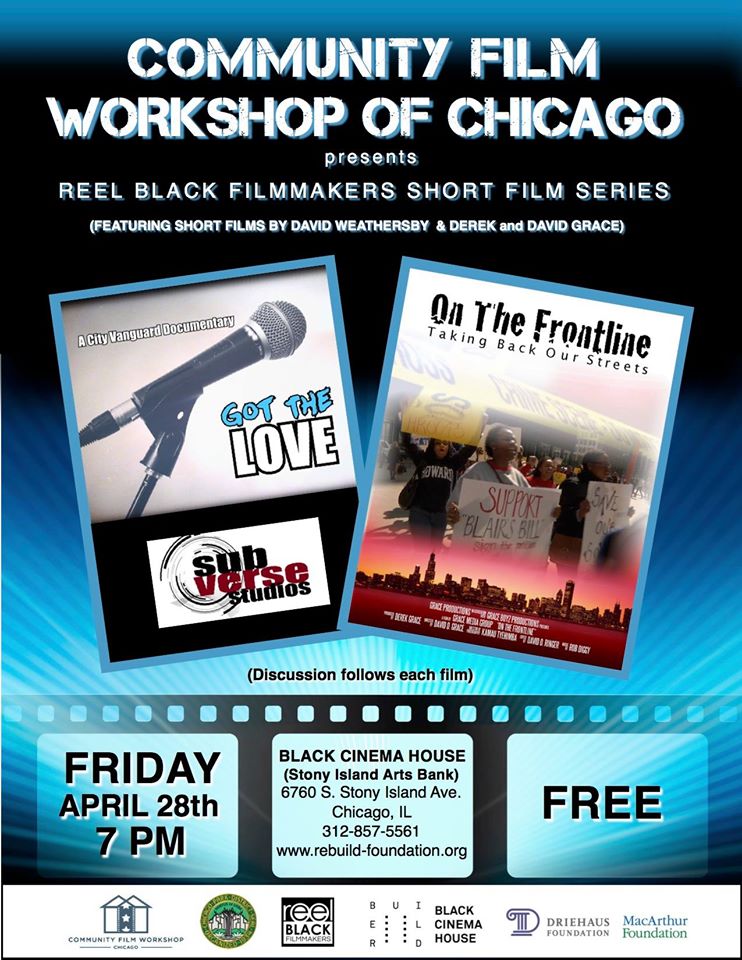