The Exiles chronicles one night in the lives of young Native American men and women living in the Bunker Hill district of Los Angeles. Based entirely on interviews with the participants and their friends, the film follows a group of exiles — transplants from Southwest reservations — as they flirt, drink, party, fight, and dance. Filmmaker Kent Mackenzie first conceived of The Exiles during the making of his short film Bunker Hill—1956 while a student at USC. In July 1957, Mackenzie began to hang around with some of the young Indians in downtown Los Angeles. After a couple of months, he broached the subject of making a film that would present a realistic portrayal of Indian life in the community.

“I first learned about The Exiles in 2001 while I was working with Thom Andersen on his film Los Angeles Plays Itself. If memory serves, I think my credit (cinematographer) happens on top of a clip from Mackenzie’s film, and a number of Exiles scenes appear later on. Andersen is credited for having brought The Exiles back from obscurity, prompting its restoration and redistribution. I appreciate The Exiles slow drawl cadence, which stems from the protagonists’ spoken delivery, and seeps into everything else – cutting, framing, movement. Ahead of its time as docu-fiction, the film is an observational noir that hangs loosely with some displaced friends as they drift through 50s downtown fringe culture. A film about invisible society at the very epicenter of image export and representation.” – Deborah Stratman 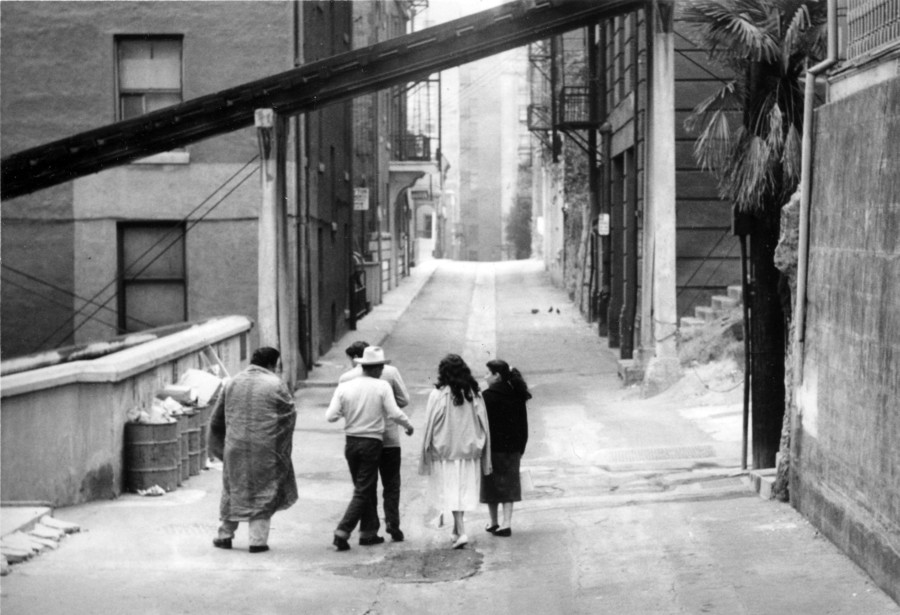