Dr. Rock transforms the Franklin Gallery into a therapist’s office where visitors are invited to sign up in advance and discuss their respective anxieties with the rock in attendance. Known for their humble stature and centuries of experience, Dr. Rock has kindly agreed to donate their services for up to three consecutive Sundays. Email dr.rocksoffice@gmail.com and schedule your free appointment today!

This exhibition is tied to the launch of Picard’s debut graphic novel ten years in the making. The Chronicles of Fortune (Radiator Comics) follows the life of Fortuna, a depressed and thus ineffectual super hero, and her alter-ego Edith-May as they spend a night on Alcatraz, discover a talking mountain growing in their apartment, befriend a crying crocodile, and are swindled into buying a $50 goldfish for its alleged singing abilities.

About the artist:
Coco Picard is the creative pen name of Caroline Picard, an artist, writer, publisher, and curator who explores the figure in relation to systems of power, how the human relates to its environment and what possibilities might emerge from upturning an anthropocentric world view. Her critical writing has appeared in publications like ArtForum (critics picks), Flash Art International, Hyperallergic, Paper Monument, The Seen, and e-flux’s live blog. In 2014, she was the Curatorial Fellow at La Box, ENSA in France, and became a member of the SYNAPSE International Curators’ Network of the Haus der Kulturen der Welt in Berlin in 2015. She is the Executive Director of The Green Lantern Press—a nonprofit publishing house and art producer in operation since 2005—and Co-Director of Sector 2337, a hybrid artspace/bar/bookstore in Logan Square. www.cocopicard.com

Praise for The Chronicles of Fortune
“The unlikely adventures of an even less likely superhero, The Chronicles of Fortune unspools through history and happenstance gathering into its narrative orbit a ragtag crew of sidekicks and gadflies. Picard draws with the angles and tangles of a witty wire sculpture, and writes along an equally idiosyncratic path through frustration, friendship and loss.” -Edie Fake (Gaylord Phoenix, Memory Palaces)

“Alternately sweet, funny, and heartbreaking, The Chronicles of Fortune is a charming, lyrical meditation on fragile connections. Picard crafts tidy, seemingly unrelated vignettes which slowly knit themselves together into a touching and thoughtful finish.” -Sarah Becan (I Think You’re Sauceome, Complete Ouija Interviews)

“at first seeming like a dreamlike biographical comic with a cool meditative art zine aesthetic, the chronicles of fortune slowly reveals a sweet blend of deceptively simple narrative devices and complex philosophical ideas while keeping a fun vibe through the entire comic book ride. you won’t regret injecting this book into your soul.” -Farel Dalrymple (Pop Gun War, The Wrenchies)

“Have you ever visualized the speech of a moth? Coco Picard has, and rendered it with her unerring expressive line, one many unembellished details in the universe of Chronicles of Fortune. Edith-May, who carries her etiolated super-hero alter-ego Fortuna like a guilty secret, wanders through territories historical, biological, imaginary, enchanted, and ordinary all at once, as she sets about rebuilding her life after the trauma that transformed her. Picard illuminates secret spaces and exquisitely captures the uncharted emotional terrains of loss experienced as a young adult. Seeing these fragile landscapes rather than defining them Chronicles journeys into odd and alluring worlds with tones and compositions that freshly glimpse grief and resilience. Chronicles of Fortune, an illuminating achievement, ushers the comic form into the 21st century in all its post-human exuberance and uncertainty.” -Lin Hixson & Matthew Goulish (Every house has a door)

About the Publisher:
Radiator Comics distributes, promotes, and publishes small-press, hand-made, and self-published comics books, graphic novels, and zines. Through its distro, Radiator Comics represents over 50 alternative comics artists from around the country, providing titles to individuals, stores, and educational institutions. Radiator Comics is run by Neil Brideau who has been involved with the self-publishing and comics communities for over a decade. The Chronicles of Fortune is Radiator Comics’ first book. www.radiatorcomics.com 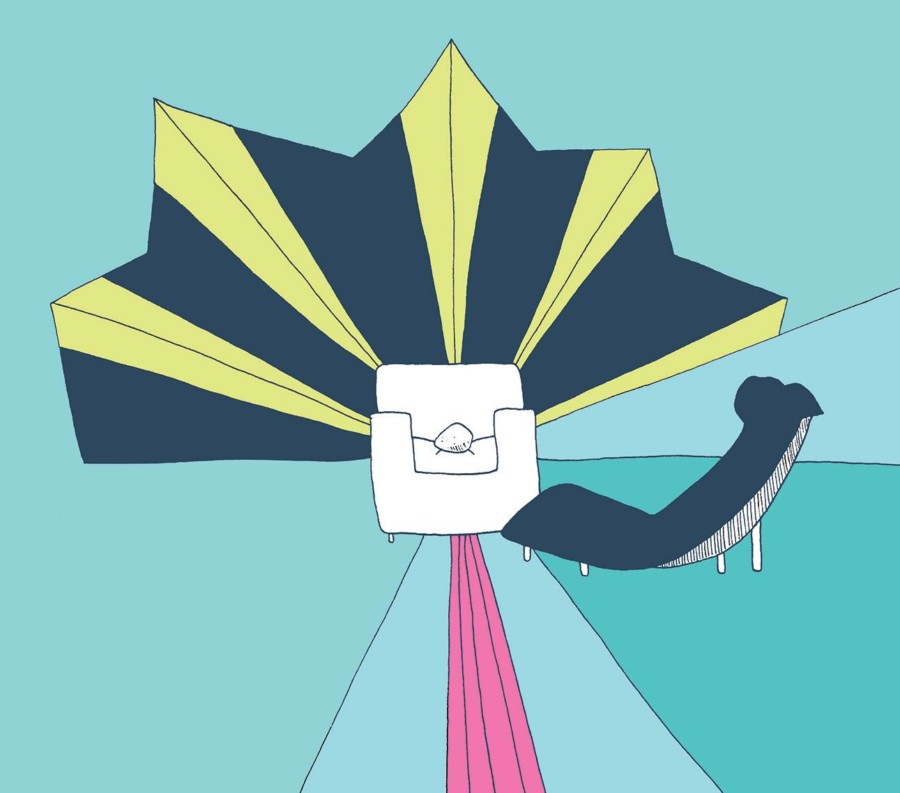