On view through Sunday, July 2nd

Known as one of the world’s most provocative artists, Ai Weiwei (Chinese, b. 1957) creates work that boldly confronts contemporary political and social issues, both in China and abroad. As an outspoken human rights activist, writer and curator, Ai’s practice crosses multiple disciplines including sculpture, public works, film, music, poetry, photography and social media. #AiWeiwei is an exhibition specifically designed for the Museum of Contemporary Photography that focuses on Ai’s early diaristic photographs from the 1980s and 90s in New York and Beijing along with a series of recent social media based installations that center on what Ai refers to as photo activism. Ai’s fame drives over half a million visitors to his twitter and Instagram pages and he uses these tools, sometimes leveraging irony and humor, with disorienting effect, to bring attention to serious humanitarian issues and the constellation of state forces around them. The accompanying publication will feature an interview with Ai Weiwei by MoCP executive director Natasha Egan and texts by graphic designer and lecturer Liz McQuiston and independent curator John Tancock. 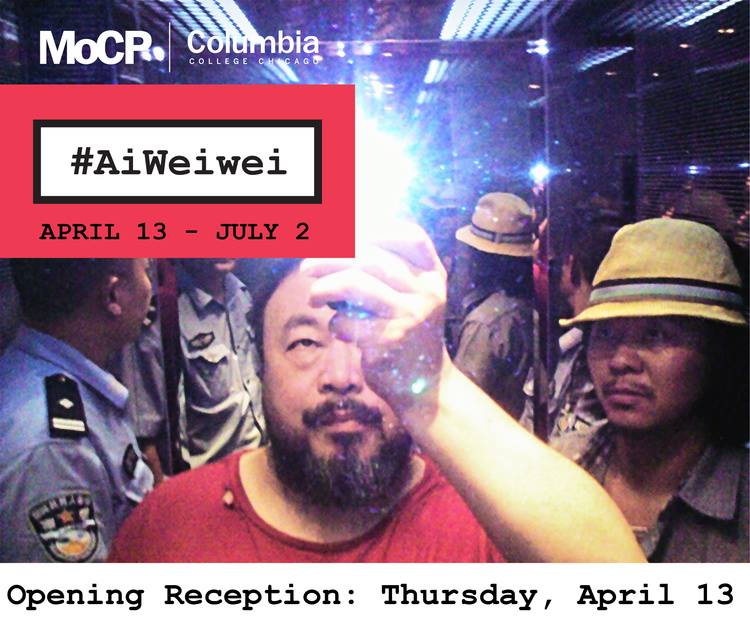