A Ho-Chunk Nation national and descendent of the Pechanga Band of Luiseño Indians, Sky Hopinka creates sublime polyrhythmic works that draw upon his history and identity. He presents a selection of recent works built around ideas of homeland, language, and landscape. In the dazzling Anti-Objects, or Space Without Path or Boundary (2016), audio of one of the last speakers of Chinuk Wawa, a Native American language from the Pacific Northwest, echoes over images of memorials and contemporary structures around the city of Portland, Oregon, that have complicated connections to the Chinookan people who have lived there for thousands of years. In a new work, filmed at the site of the Standing Rock resistance, the land is at once living and abstracted through history, politics, and money. Also on the program are I’ll Remember You as You Were, Not as What You’ll Become (2016), Visions of an Island (2015), and Jáaji Approx. (2015), among others. In English, Hocak, Aleut, and Chinuk Wawa with some English subtitles.

Sky Hopinka was born and raised in Ferndale, Washington, and spent a number of years in Palm Springs and Riverside, California, and Portland, Oregon, and is currently based out of Milwaukee, Wisconsin. In Portland he studied and taught Chinuk Wawa, a language indigenous to the Lower Columbia River Basin. He received his BA from Portland State University in Liberal Arts and his MFA in Film, Video, Animation, and New Genres from the University of Wisconsin-Milwaukee.

Presented in collaboration with Video Data Bank (VDB) as part of the organization’s 40th Anniversary Year. 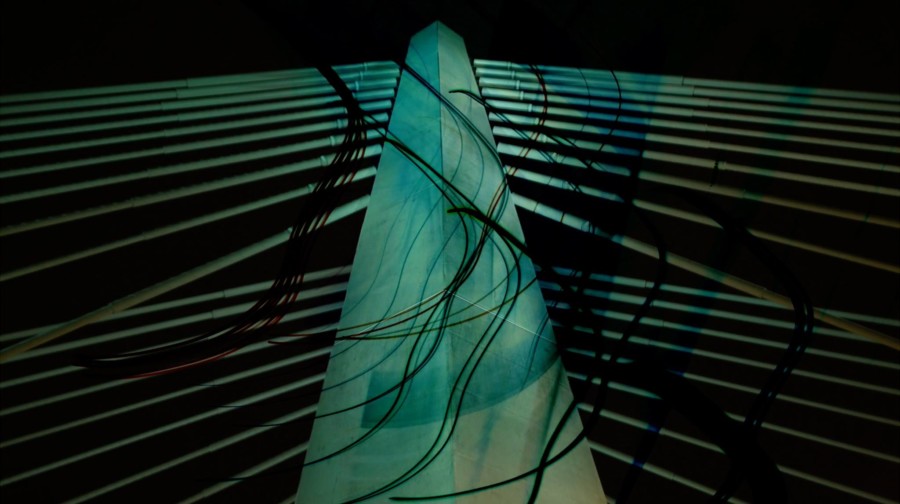