On view through Saturday, March 25th

For this exhibition, Meg Duguid will use the gallery as an extension of her studio to create scenes portraying an escalating crisis. The space will be fitted with a news room that will be used to report on a nuclear escalation. Duguid will shoot not only the news report, but create footage of a presidential speech, a scientist explaining explosives, and various graphics that will assist the newscaster’s explanation of the impending crisis. The news desk will not only act as a set piece, but will double as a studio work table to assist in the creation of other footage. Viewers will be invited to play the different roles in the escalation. The footage from this exhibition will be used as a part of the Tramp Project.

Duguid optioned the rights to and is adapting James Agee’s script The Tramp’s New World – originally written for Charlie Chaplin’s Tramp character – into a project that addresses her interest in the congruity of performance and its documentation as an intersection for aesthetic practice.

Throughout the Tramp Project, Duguid is generating a set that is a platform for a series of performances. The result of those performances will be a fully edited feature and cinema experience, a series of objects and sets, and a series of production stills, all of which can be interchanged in various exhibitions and screenings that continue to loop from performance to documentation and back to performance again. For more information, visit megduguid.com. 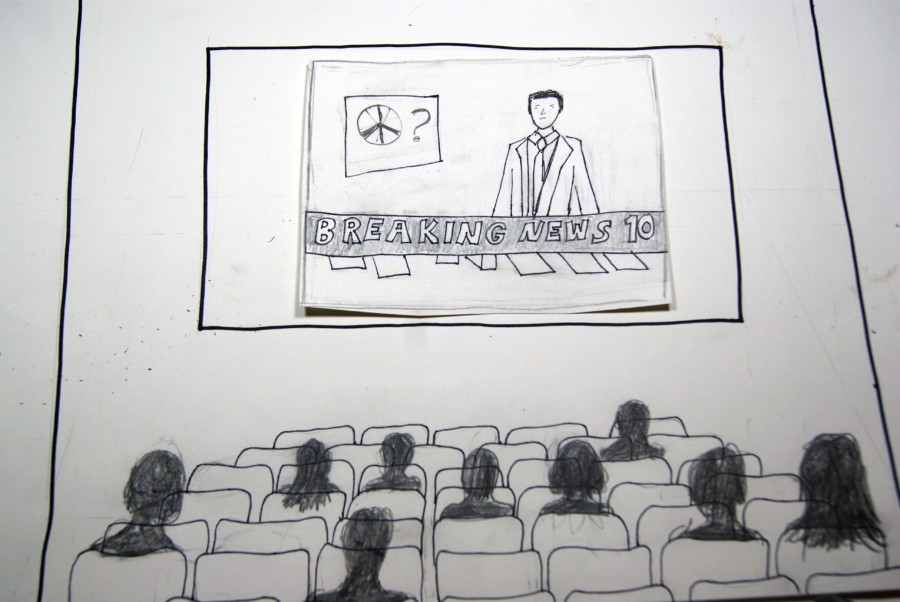