The next installment of our FLAK Performance Series features High Concept Labs, an organization that provides Chicago artists with flexible, affordable space. Join up for an artistic dialogue and unforgettable experience with High Concept Labs.

Mariel Harari is a multimedia artist working in installation, fiber, video, sculpture and performance. She utilizes bright, tactile materials reminiscent of childhood, employing playful splendor as a lure. Harari creates immersive environments that blend autobiographical and fantastical narrative, often utilizing herself as a subject in conjunction with imagined creatures or landscapes. Using meticulously beaded encrustations on nuanced human skin or stuffing heaps of unruly yarn in shiny, clear encasements, Harari’s work balances between containment and chaos. She explores the relationship between societal constructs and uninhibited experience, with a focus on expectations placed on women and the internalized battle between pure and manipulated behavior.

Harari earned her B.S. in Studio Art from Skidmore College, where she received the Marguerita Mergentime Award in Fiber Art. Her work has been exhibited at venues including A.I.R Gallery and has been reviewed in publications including Brooklyn Magazine. Harari attended residencies at the Kimmel Harding Nelson Center for the Arts, the Vermont Studio Center, and she is currently a sponsored artist at High Concept Labs. Harari co-founded of the Chicago chapter of Lady Art Nation, an intersectional and gender expansive feminist collective of creatives. She was born and raised in Brooklyn, NY and currently lives and works in Chicago, IL.

In addition, he founded, curates and performs at the Splice Series, a bimonthly improvised music series at the Beat Kitchen in Chicago.

Andy Slater is a blind musician, performer, audio engineer, and author. He is the founder of the Society of Visually Impaired Sound Artists and a loud-mouthed advocate for folks like himself. 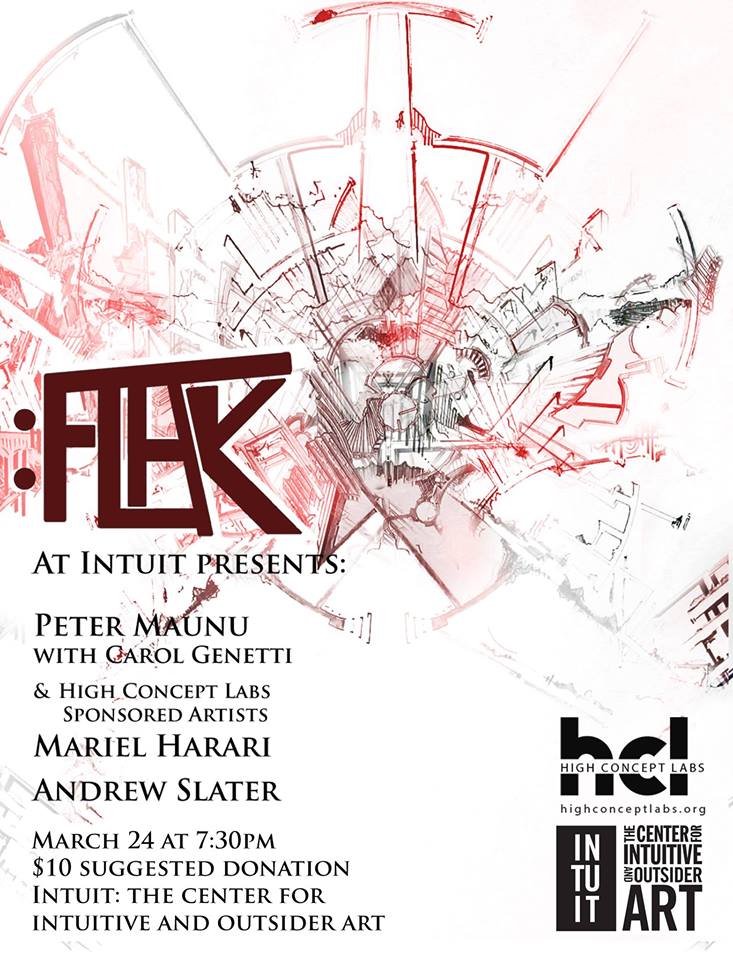