“Clothes from the Past” exhibit is the outcome of a desire to rekindle the history by recreating clothes worn by women and children in Anatolia and Europe between the 17th and 19th centuries. The artist Belgin Yuceen used traditional techniques and materials from Turkey and other parts of Asia to create these metal dresses that will be hung up on walls and from the ceiling like silhouettes of time.

This unique exhibition with sculptural dresses will have educational and historical elements. The dress styles of the period reflect the traditions and diverse nature of the people of the vast lands of the Ottoman Empire.

“Floating Children” is intended to display the fragility children in times of war. She collaborated with Brian Rutter a photojournalist for this exhibition.

Large sheer fabric up to 6ft high with black and white photographs of Syrian children will be hung from the ceiling in a way to seem like they are floating in the wind. The artist was inspired by a Japanese woodblock from 18th century of a woman whose handkerchief and concealed letters were carried away by a sudden wind. These children can also be carried away and disappear. The transparency emphasizes their fragility. To observe a child’s delicate innocence feels weightless even under the most difficult circumstances. A feeling of lightness is what she desired to convey with the light sheer material.

Belgin Yucelen’s “Words” is an invitation to listen to each other more.

She asked people who they are, how they define themselves and if there is anything different they would have wanted to be. These are questions no one possibly asked before and not so comfortable either. Their recorded responses with an intense earnestness are the audio part of this exhibition. They will be played in an overlapping and echoing manner as if the words were coming from a monologue far away in time. Remorse, pride or hope for change together with a desire to be heard is revealed in many of them. 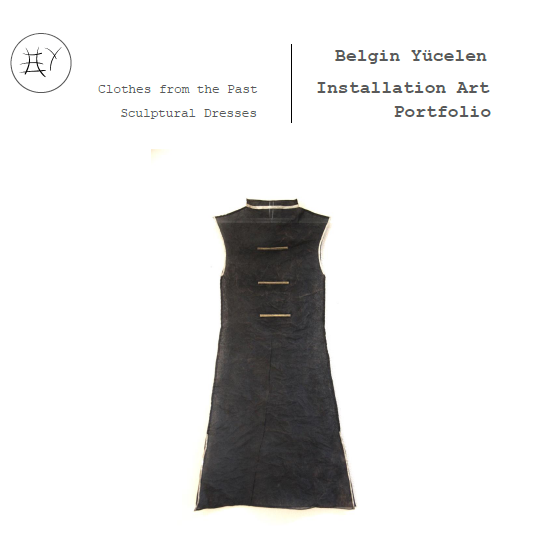