A People’s History of Chicago

Kevin Coval is joined by friends to help launch his new book titled A People’s History of Chicago. Join us for a program of spoken word, music and more!

Known variously as “‘the Windy City,”‘ “‘the City of Big Shoulders,”‘ or “‘Chi-Raq,”‘ Chicago is one of the most widely celebrated, routinely demonized, and thoroughly contested cities in the world.

Chicago is the city of Gwendolyn Brooks and Chief Keef, Al Capone and Richard Wright, Lucy Parsons and Nelson Algren, Harold Washington and Studs Terkel. It is the city of Fred Hampton, House Music, and the Haymarket Martyrs. Writing in the tradition of Howard Zinn, Kevin Coval’s A People’s History of Chicago celebrates the history of this great American city from the perspective of those on the margins, whose stories often go untold. These seventy-seven poems (for the city’s seventy-seven neighborhoods) honor the everyday lives and enduring resistance of the city’s workers, poor people, and people of color, whose cultural and political revolutions continue to shape the social landscape. 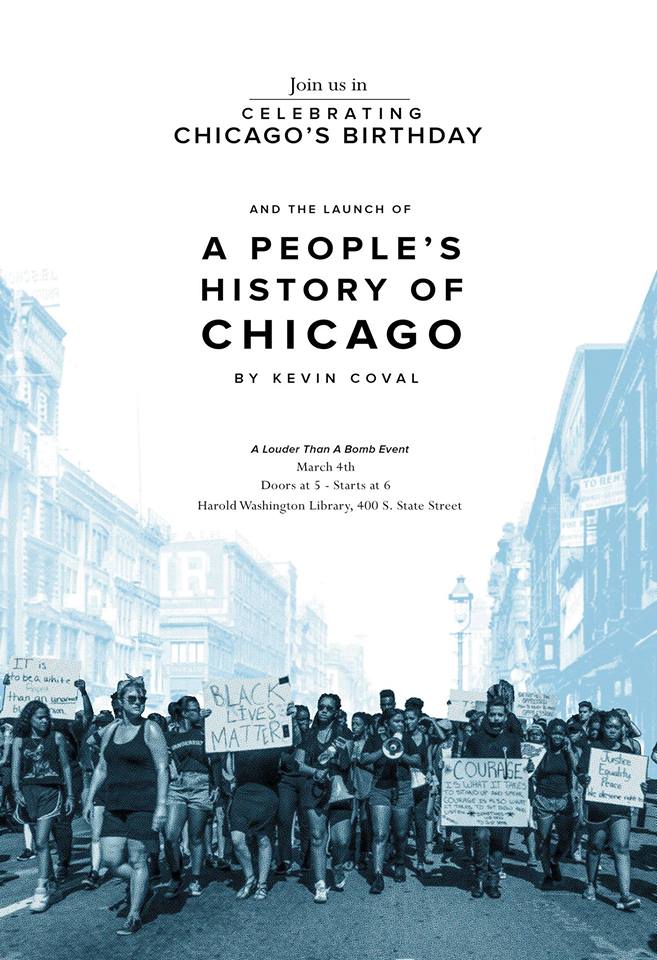