A beige-looking blob that resembles nightmares

On view through Monday, April 10th

BUSHWICK / RIDGEWOOD
Opening from Sat Mar 25, From 7:00 PM to 10:00 PM
On View Sat Mar 25 – Mon Apr 10
Selena Gallery | 37 Troutman Street
Curated by Philip von Zweck
Selena presents A beige-looking blob that resembles nightmares, an exhibition featuring new works by Erin Washington, Amanda Ross-Ho, and Paola Cabal, three artists interested in impermanence and ephemera, elevating the everyday to artmaking material — from discarded clutter to the movement of a sunbeam across a room. The artists responded to a prompt from curator Philip von Zweck to create a new work for this exhibition by developing aesthetic instructions or notations to be executed onsite – a “recipe.”

“Although their works are very different, all three artists explore these collisions between discord and beauty, coincidence and deliberation,” says von Zweck. “I thought might play along and might also have an interesting or surprising responses to the prompt.”

A beige-looking blob that resembles nightmares doesn’t describe any of the works in the exhibition; rather it is a description from a seitan recipe on the food blog Northern and Vegan – an aesthetic notation to indicate a correctly executed step in the recipe.

Erin Washington
Embracing materiality and labor, Erin Washington examines themes of vulnerability and permanence. Questioning how time structures transitions in the ephemera, she creates mixed-media paintings and drawings that unravel time through the performance of their belabored making, and their subsequent degradation. Using fugitive and symbolic materials (blackberries, chalk, fire, ashes, moss, bone and saliva), Washington sources imagery from the Sciences, Mythology, and Art History that represent ruptures and failures in the search for meaning and truth. Colors fade or pigments are burned: the objects emulate the cycles they describe. The artists’ actions and products are in a constant state of flux, highlighting the disharmony between meaning, beauty, and a fundamentally messy universe. However, the relative temporality of the work’s making counters ambivalence; the immediate process and present-ness the work demands eclipses, uncertainty… for the moment.

Washington is currently a lecturer in the Painting and Drawing Department at the School of the Art Institute of Chicago, where she received her MFA in 2011. Notable solo exhibitions have been held at such venues as The Riverside Art Center, Riverside Illinois and Johalla Projects, Chicago. Her work has also been included in group exhibitions at such spaces as Zolla Lieberman Gallery, Chicago; Julius Caesar, Chicago; and Columbia University in New York.
Amanda Ross-Ho
Amanda Ross-Ho lives and works in Los Angeles. Her work draws from a broad hierarchy of structures, mapping connectivity within the overlapping ecologies of personal and universal phenomena. Her evolving personal language combines forensic and theatrical gestures, diagramming the reflexive relationships between production, presentation, and the social contracts of viewership.

Group exhibitions include Artists Space, New York, The Orange County Museum of Art; The Yerba Buena Center for the Arts, San Francisco, CA; The Walker Art Center, Minneapolis, ME; New Museum, New York, NY; MOMA, New York, NY; and the 2008 Whitney Biennial. In 2013, she debuted her first large-scale commissioned public work at The Museum of Contemporary Art, Chicago, and 2015, she presented a new large-scale sculpture commission in City Hall Park, New York City through the Public Art Fund. Ross-Ho’s work has been featured in Artforum, The New York Times, ArtReview, Modern Painters, Art in America, Flash Art, and Frieze among others. She is an Assistant Professor of Sculpture at the University of California, Irvine. She lives and works in Los Angeles, CA. Amanda Ross-Ho holds a BFA from The School Art Institute of Chicago and an MFA from the Roski School of Art, University of Southern California.

Paola Cabal
A native of Bogotá, Colombia, Paola Cabal has lived in Chicago since 2001. Trained in observational realism, Cabal continues to implement responsive looking in her increasingly diverse practice, which includes site-specific installation, collaborative work, and more recently curating and writing in addition to her ongoing engagement with more traditional drawing media. Alongside her own art-making, Paola Cabal is an active member of the three-person collaborative (ƒ)utility projects and an educator at The School of the Art Institute of Chicago and DePaul University.

Her work has been written about in Time Out, The Chicago Reader, and the Chicago Tribune, among others, and it discussed in the book “Buddha Mind in Contemporary Art”, in an essay by Carol Becker. Paola has exhibited in Bogotá, Colombia, New York, Omaha, Charleston, and Ft. Lauderdale, in addition to numerous exhibitions in Chicago. She was visiting co-mentor for the 2010 “WhyNotPlace” residency programme in New Delhi, India and, in 2006, was awarded the prestigious Richard H. Driehaus Foundation Individual Artist Award.

Paola Cabal was awarded a 2014 Illinois Art Council Fellowship. Her work can be viewed in two permanent installations: “Moving in Place”, in the office of the Dean of the School of the Arts at Columbia University, NY, and “Analemma”, at the HairPin Arts Center in Chicago, IL.

Philip von Zweck
Philip von Zweck is an artist who occasionally curates exhibitions. Recent solo exhibitions include Pilot Projects, Philadelphia; 65GRAND, Chicago; INVISIBLE-EXPORTS, New York; PERFORMA11, New York; NADA, Hudson, NY; Museum of Contemporary Art, Chicago. His project Temporary Allegiance is permanently installed and facilitated by the Knockdown Center. Curatorial projects include “Being There” (with Meg Duguid), Adds Donna, Chicago; “A Unicorn Basking in the Light of Three Glowing Suns” DeVos Museum, Marquette, Michigan and “Can Bigfoot Get you a Beer” Alagon Gallery, Chicago; (both with Anthony Elms) and “Landscape/Portrait/Stillife” Hungryman Gallery, Chicago. He ran the apartment gallery VONZWECK and currently runs D Gallery from his office in Chicago’s South Loop. He lives in the south of Chicago and is represented by 65GRAND.

Selena
Selena is an artist run space co-founded by Anjuli Rathod and Olivia Swider. Exhibitions are on view for openings and thereafter by appointment only. 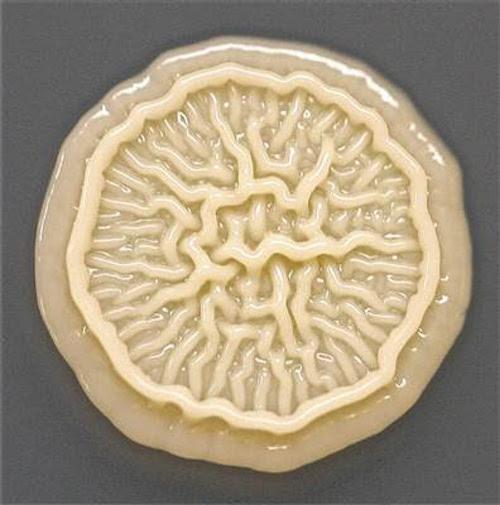