Spaces without drama or surface is an illusion, but so is depth

On view through Saturday, July 1st

The Graham Foundation is pleased to present Spaces without drama or surface is an illusion, but so is depth, an exhibition that examines the recent proliferation of collage in architectural representation in relationship to scenography and theatrical set design. Based on historical references such as nineteenth-century toy theaters, as well as twentieth-century models such as Aldo Rossi’s Little Scientific Theater, David Hockney’s stage design for the Magic Flute, and projects by Emilio Ambasz, and Charles Moore, this project invites contemporary practitioners to rethink the ways in which architecture is created in relationship to theatricality and how it oscillates between reality and scenography to answer questions about space, depth, context, façade, and representation.

Featuring work by architects Emilio Ambasz, baukuh, Gerardo Caballero, fala atelier, Marcelo Ferraz, Sam Jacob Studio, Johnston Marklee, Monadnock, Charles Moore, MOS Architects, Norman Kelley, OFFICE Kersten Geers David Van Severen, Cecilia Puga, Aldo Rossi, Taller de Arquitectura Mauricio Rocha + Gabriela Carrillo, Pezo Von Ellrichshausen; and artists Pablo Bronstein, David Hockney, William Leavitt, Silke Otto-Knapp, Gabriel Sierra, Batia Suter; and dramaturg Jorge Palinhos; Spaces without drama investigates the similarities between theatrical stage sets and architectural scale models, highlighting the ways that each constructed landscape anticipates narratives and prompts the personal drama of speculation and the creation of fictions. In both cases, the resulting spatial experience is controlled and precisely framed with a fixed relation between observer and object—an architectural imaginary that is more graphic composition than spatial creation, more image than space. By superimposing fragments, forms and elements within a given stage set, the model of the theater allows the participants to rehearse the laws of artistic creation itself. As Aldo Rossi states about the theater in A Scientific Autobiography: “Inside it, nothing can be accidental, yet nothing can be permanently resolved either.”

LIGA, Space for Architecture is an experimental exhibition-oriented platform in Mexico City that has focused its efforts on displaying emerging and influential Latin-American–based practices since its founding in 2011 by Carlos Bedoya, Ruth Estévez, Wonne Ickx, Victor Jaime, and Abel Perles. Following on the Graham Foundation’s multi-year grant support of LIGA’s program, Spaces without drama is the result of an invitation by the Graham to LIGA to develop an exhibition for the Foundation in Chicago. For this collaboration, LIGA founding directors Wonne Ickx and Ruth Estévez have developed a curated investigation into contemporary issues of spatial representation and performance and have taken the opportunity to expand their focus beyond Latin America to include practices from Europe and the United States.

LIGA, Space for Architecture, is an independent initiative founded in Mexico City that promotes contemporary architecture through exhibitions, conferences, publications, and events, with a focus on Latin America. As a curatorial platform LIGA strives to expand the architectural discipline as a discursive practice, to experiment with exhibition and presentation formats, and to establish connections with other disciplines. LIGA was co-founded by Carlos Bedoya, Ruth Estévez, Wonne Ickx, Victor Jaime, and Abel Perles in 2011. Isabel Martínez Abascal joined LIGA as program director in in 2015.

Ruth Estévez (b. 1977. Bilbao, Spain) is a writer, curator and set designer based in Los Angeles, where she is currently the director and curator of REDCAT/CalArts Gallery. Between 2007 and 2011, Estévez served as the chief curator at the Museo de Arte Carrillo Gil, Mexico City, where she organized exhibitions of Mark Manders, Fernando Ortega, Guy Ben-Ner, among others. In 2010 Estévez cofounded LIGA, Space for Architecture in Mexico City, an exhibition platform dedicated to experimentation in the field of architecture and urbanism. Her current work at REDCAT has brought to Los Angeles artists like Javier Téllez, Pablo Bronstein, Allora & Calzadilla, Pedro Barateiro, and Quinn Latimer, as well as such group exhibitions as Agency. Assembly: Before and After the Split second recorded (2015) and Small Museum for the American Metaphor (2014) co-curated with Kersten Geers. She has written for numerous exhibition catalogues and art publications and has independently organized exhibitions in Spain, France, Belgium, and the United States, as well as in Mexico.

Wonne Ickx founded PRODUCTORA in Mexico City, together with Abel Perles, Carlos Bedoya, and Victor Jaime in 2006. PRODUCTORA was awarded the Architectural League Prize in 2007 and the Emerging Voices Competition in 2013. In 2016 the studio received the Mies Crown Hall Americas Prize for Emerging Architects from the Illinois Institute of Technology (IIT) College of Architecture. Among the office’s many publications, the monographs published by Arquine in 2010 and 2G in 2014 summarize the work over this intense period of production. Ickx teaches at several universities in Mexico City, as well as the University of California Los Angeles (UCLA), IIT, and Harvard. He is one of the founding directors of LIGA, Space for Architecture.

Tags: Chicago, Graham Foundation for Advanced Studies in the Fine Arts, Near North Side, Spaces without drama or surface is an illusion but so is depth 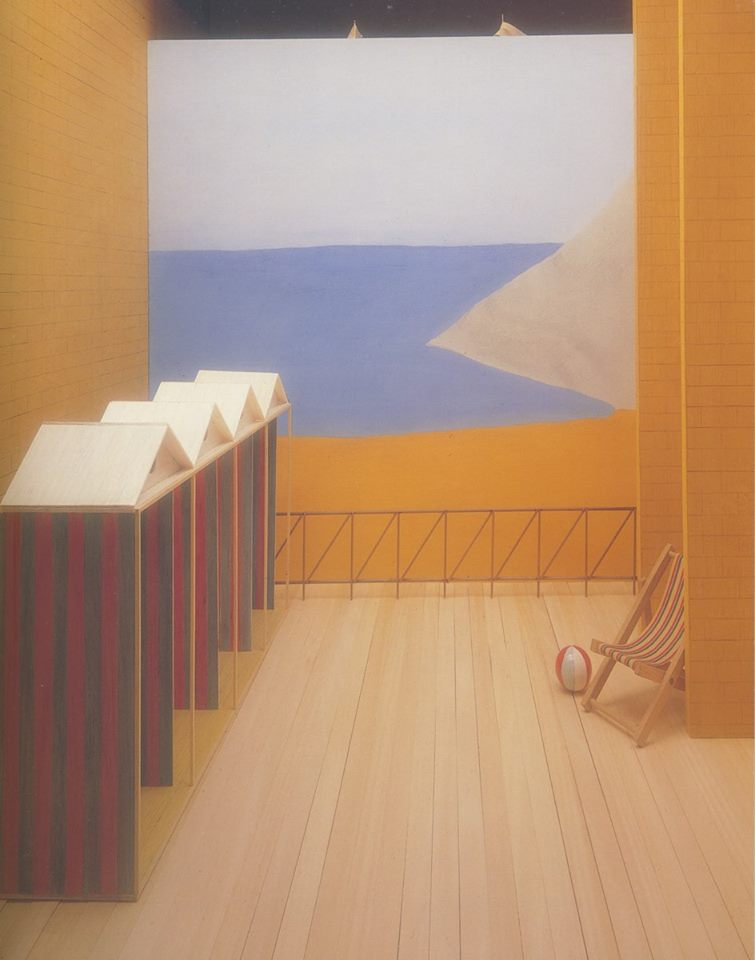