On view through Sunday, March 19th

The fact that ‘post-truth’ was named the Oxford English Dictionary’s 2016 Word of the Year comes as no surprise to longtime reality tv fans. As Guardian writer Helen Archer argued recently, semi-scripted reality television shows like The Hills “ushered in a new era of reality for reality tv: one where reality no longer matters.” But as it turns out, The Hills and shows like Bad Girls Club, the “Real Housewives” franchise and what is certainly the apotheosis of the reality genre, Keeping Up with the Kardashians, may have done much more than that. Could it be that, Cassandra-like, the female-centric casts of these reality shows were all along prophesying a new, post-truth era of American political life–one which in turn paved the way for our nation’s first post-truth Presidency?

With this new reality in mind, GOLDFINCH is pleased to host the latest season of Sad Girls Club (SGCtv), a conceptual surreality web-series that documents the trials and tribulations of a group of girls under the influence of TV. Come sack out on our couch and binge-watch every episode of Sad Girls Club as they regurgitate reality television and explore what it means to be sad, bad, violent, mad, wasted, naked, and a woman under the scrutiny and obsessive eye of reality media entertainment. SGCtv bends gender and subverts genre to explore the cultural demonization and celebration of women presented as behaving real “badly” on reality TV. And while you’re here to watch, consider purchasing a limited edition, interchangeable, signature hand-crafted Armenian porcelain SGCtv Big Bratz Doll for $239.99, a prototype of which will be on display at GOLDFINCH throughout the exhibition’s run and will be available to order at the Sad Girls Club opening reception on February 5th.

In the newest season of the show, the Sad Girls are transplanted from the safety of their private world inside the “Sad Girls’ House” where previous seasons took place, to the public spaces and “real world” of Rockville Centre, NY–a hotel, a local nightclub, a 7Eleven, Jones Beach. SGCtv Season 4 delves deeper into the layers of reality and exposes captured elements of the improvisational process of the artists-creators and the simultaneous roles they play as director, performer, character, person. Rich with the language of capitalism and unauthorized branded content, the visual nature of SGCtv is just as layered as the narrative. Sad Girls Club is both an addictive reality TV series and a documentary of itself. 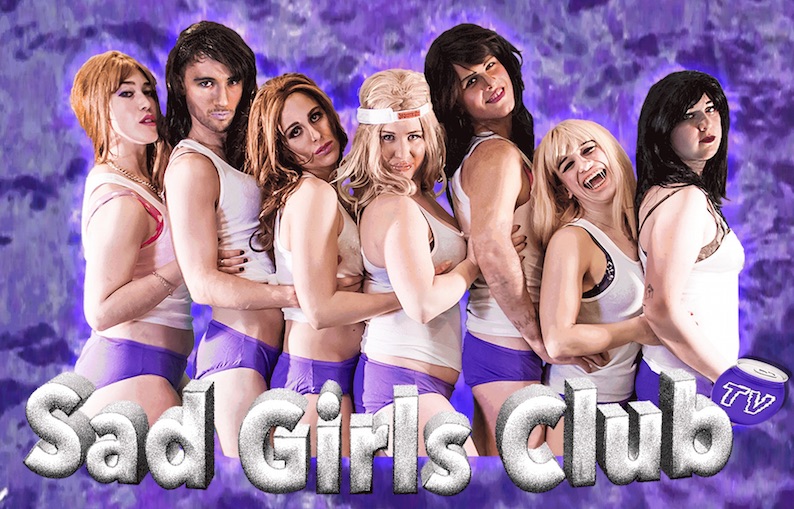