Everyday Rituals: Bridging the Black Secular and the Divine

Contemporary depictions of urban Black life have increasingly centered on and fetishized notions of void and dejection. The result is that levity, triumph, and joy are treated as aberrations rather than norms. As an epicenter of Black life, the narrative and attending images used to portray present-day Chicago have tended to compound and sensationalize these dichotomies. This relentless centering on lack and need often wholly obscures the fact that Chicago continues to assert itself as one of the world’s foremost incubators of Black culture, style, philanthropy, and genius.

In “Everyday Rituals” a joint exhibition bringing together documentary photographer Tonika Lewis Johnson whose depictions of the Englewood community in which she was raised assertively challenge going assumptions, and painter/object-maker Adrienne Powers whose spiritually charged works explore and invoke the sacred, Rootwork Gallery presents a love letter to Chicago. The exhibition uses as a primary reference point poet Amiri Baraka and photographer Billy Abernathy’s seminal collaboration, In Our Terribleness: Some Elements and Meanings in Black Style (1969) a resistance narrative, in which “terribleness” is unpacked and reloaded to connote “the day to day continuous exercise of astonishing grace” demonstrated in Black people’s “survival as beautiful beings. any where.“

Like its influence, “Everyday Rituals” asserts the divinity of regular people, the people we pass on the street, sit next to on the bus, see in the grocery store and affirms the sanctity of everyday Black existence even while unveiling the cosmology that guides and informs it. As dialectic, Lewis Johnson’s images of inner city existence and Power’s evocative paintings and spirit objects as well as the dense iconography layered around them portray and celebrate a cultural resilience that approaches the holy.

The understanding of communal neighborhood spaces as potential sites of healing; the redemptive nature of human intimacy; the recognition of male presence and mentorship as necessity; and the celebration of the full-powered feminine divine depicted in this collective body of work reiterate Baraka’s claim that despite the “screens of negative description” that threaten to circumscribe and obscure it, these portraits of Black life remind us that “we are in our kingdoms already. we are our culture.”

In connecting individual and collective well-being to spiritual practice and ritual space, Rootwork Gallery asks visitors to consider radical love (of self- and community) as the technology most critical to a Black future. It is through the quiet routines: the making of beds, the washing of clothes, the combing of hair, the blessing of food that we most completely profess our faith in tomorrow. These are the everyday rituals that affirm what Baraka prophesies: “We here and gonna survive.”

The exhibition opens with a reception on February 10 at 6 pm and will feature weekend programming through its closing on March 19 at times to be announced. Follow Rootwork Gallery on Facebook for updates.

Tonika Lewis Johnson considers herself a photographic anthropologist who reimagines the disconnected identity of her South Side Chicago neighborhood, Englewood. Approaching her work with both an empathetic and critical lens and a curiosity that allows her to distill the essence of what her native Englewood ultimately is: an extended family working through historical and contemporary traumas to preserve the rich culture and connectedness that has sustained it for decades. The dialogue Johnson creates with her subjects before and after taking their portrait, allows her work to become a mirror for her “extended family” that highlights their humanity and doesn’t look away from their pain.

Painter and mixed-media maker Adrienne Powers recalls that her spiritual journey was ignited by a call to the path of African Traditional Religions. She shares “As the journey unfolded before me, it brought the act of ritual to my attention. Ritual was alive in everything that I did and became more amplified spiritually. As I consider the idea of ‘Everyday Rituals’, I reflect on rituals of healing, energy, nature and Spirit work. That understanding of ritual energy is the common thread that animates my artwork. My intent is for the viewer to consider the energy of the work and to reflect on the significance of ritual and what it may mean in the context of their everyday lives.” Powers’ work has been exhibited in galleries in Chicago and throughout Illinois, as well as in New York, Pittsburgh, and Cleveland.

About Rootwork Gallery
Founded in 2016 by Tracie D. Hall, Rootwork Gallery showcases artistic expression that has healing; reconciliation; and the investigation of folk, street and indigenous cultures at its core. The Gallery and her current curatorial practice are inspired by Hall’s maternal grandmother, Bessie, who was a culture-worker and healer. 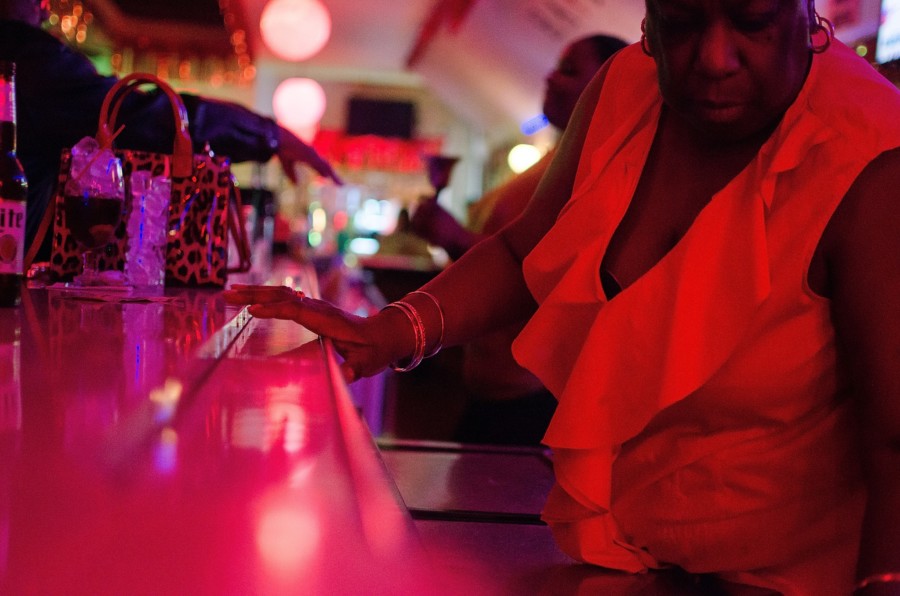