On view through Monday, April 3rd

The Green Lantern Press is pleased to announce its Spring 2017 exhibition, GRAFT — an interactive installation for which the artist Edra Soto installs life-size Puerto Rican style bus stop benches inside of the Sector 2337 gallery, with the island’s traditional rejas on the exterior storefront. About the project, Curator Albert Stabler writes, “Even more than colonial and modern styles, vernacular architecture shows the full breadth of [Puerto Rico’s] historical influences, from before, during, and after colonialism. Appropriating the mesmerizing designs of rejas and transposing them on to structures in the mainland U.S. provokes questions. Can a nation that has so freely appropriated the land and resources of Puerto Rico, while consigning its residents to second-class citizenship and exorbitant government debt, be itself appropriated as a screen upon which Soto can project the (wooden) screens of her Boricua childhood? Or does the gesture become a multiculturalist token of assimilation, an exotic garnish that helps to erase the trauma of conquest, exploitation, and slavery? Can such an appealing but unobtrusive architectural element even register with the average American viewer as an intervention at all? Learning not only the elements of Caribbean architectural style, but learning to read all buildings as indices of complex and contentious histories, can offer a great deal to laypeople viewing the exhibition.” The first iteration of this exhibition took place at Cuchifritos Gallery in New York (Spring, 2016). It is accompanied by a tabloid-style publication that includes reflections on Puerto Rico’s vernacular architecture and an edited compilation of poetry.

Artist Bio: Edra Soto (b. Puerto Rico, 1971) is a Chicago based artist, educator, curator, and gallery director. She obtained her Master of Fine Arts degree at The School of the Art Institute of Chicago in 2000, as well as attending Skowhegan School of Painting and Sculpture (2000), Beta-Local in Puerto Rico (2011), and the Robert Rauschenberg Residency Program in Captiva, Florida though a 3Arts Fellowship (2013), among others. With her husband Dan Sullivan, she designed and fabricated THE FRANKLIN, an outdoor project space that they co-direct. Her work has been exhibited both nationally and internationally. edrasoto.com

Curator Bio: Albert Stabler spent 17 years in Chicago, devoting time to teaching art with young people, writing art criticism, and curating shows and events at independent galleries. He is currently pursuing a Ph.D in Art Education at the University of Illinois. 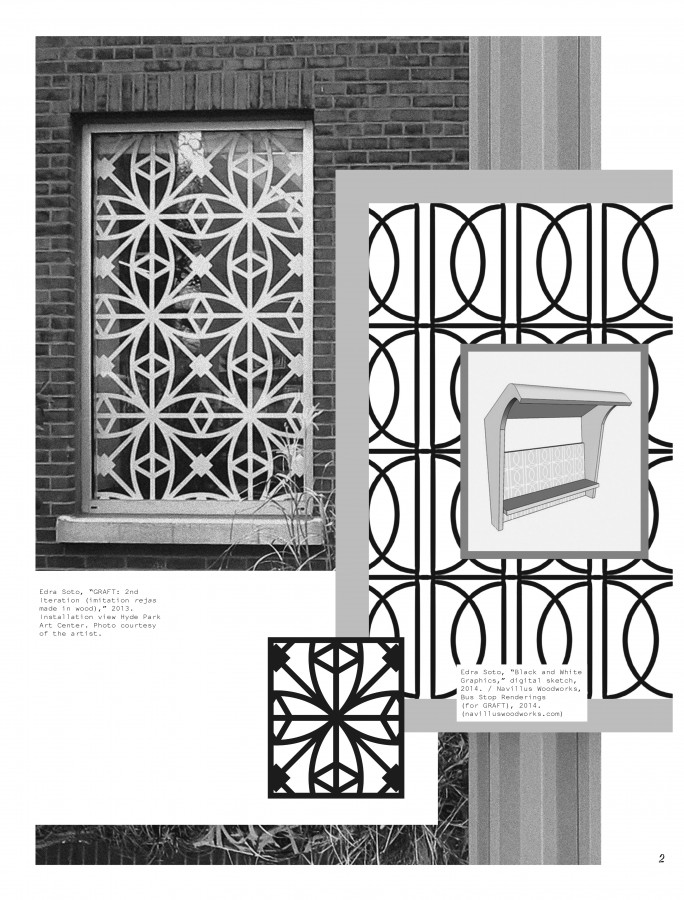