Dreams Are Colder Than Death

Founded in 2012 to cultivate an interdisciplinary approach to the presentation of black arts on campus, the Black Arts Initiative has programmed a yearlong series of films that provoke difficult conversations around race and identity. This winter’s screening, Arthur Jafa and Kahlil Joseph’s 2014 documentary Dreams Are Colder Than Death, explores the question of what it means to be black in America in the 21st century through a series of interviews with individuals including visual artist Kara Walker, author Hortense Spillers, filmmaker Charles Burnett, and ex–Black Panther Kathleen Cleaver.

About Dreams Are Colder Than Death:
Fifty years have passed since the fabled March on Washington where Dr. Martin Luther King presented his dream. Now, the hopes and utopian desires of that dream have faded, leaving behind stains of diminished expectations and ancient, undying terrors. What does it mean to be Black in America today? Director and legendary cinematographer Arthur Jafa tears at the epistemological roots of this question with hypnotic imagery, lyrical grace and an epic narration by a host of artistic visionaries, thought leaders and uncommon folks, including Kara Walker, Hortense Spillers, Fred Moten, Kathleen Cleaver, Charles Burnett, Wangechi Mutu, Saidiya Hartman and Melvin Gibbs, among others. 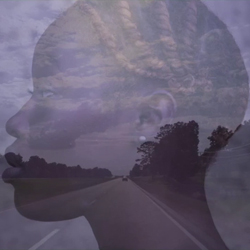